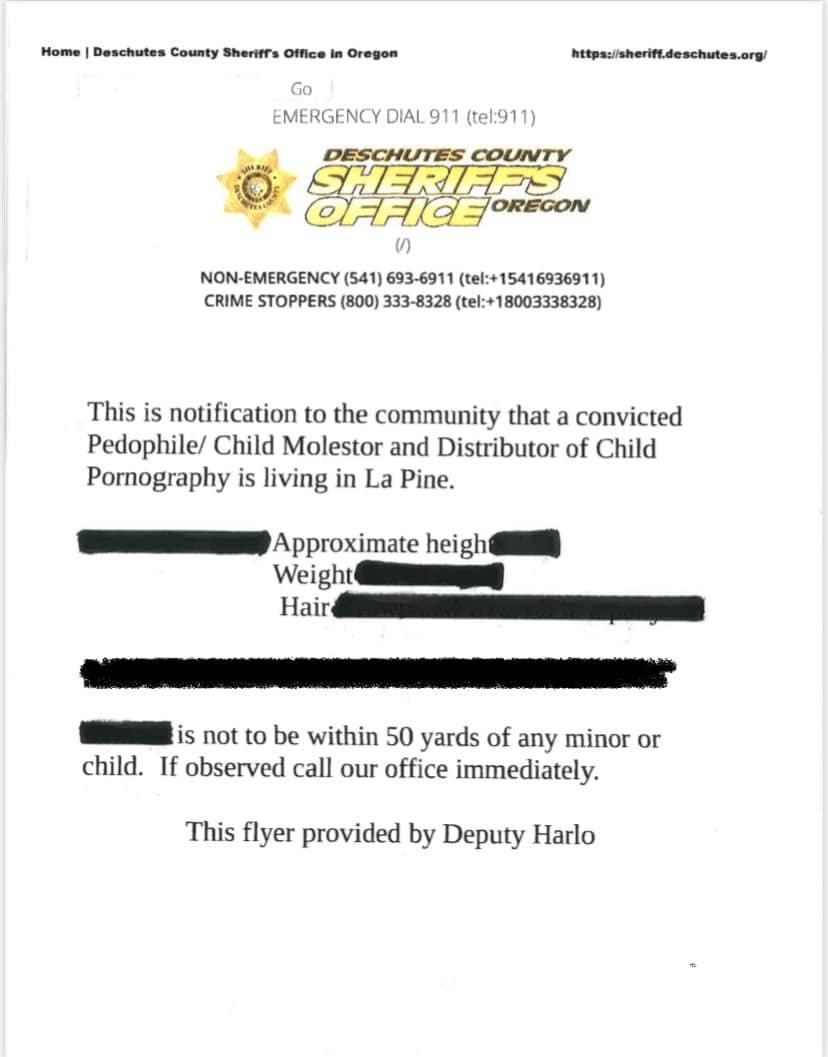 LA PINE, Ore. (KTVZ) — Last week, La Pine residents in the area of Day Rd. received a flier from the Deschutes County Sheriff’s Office in their mailboxes. While the flier looked legit, in reality, it was phony.

This fake flier names a person (whose identity has been blacked out for security reasons), stating they are a sex offender living in the area. While it’s not completely uncommon for vigilantes to inform others about a sex offender in the neighborhood, the information in this fake flier is untrue.

If you saw something, have any information, or security camera/Ring Doorbell video depicting suspicious activity at the mailboxes on or near Day Rd, DSCO urges you to call non-emergency and reference case #22-51006.

Carly Keenan is meeting with Sgt. Jayson Janes to learn more about the case. She’ll have the full report on NewsChannel 21 at Five.