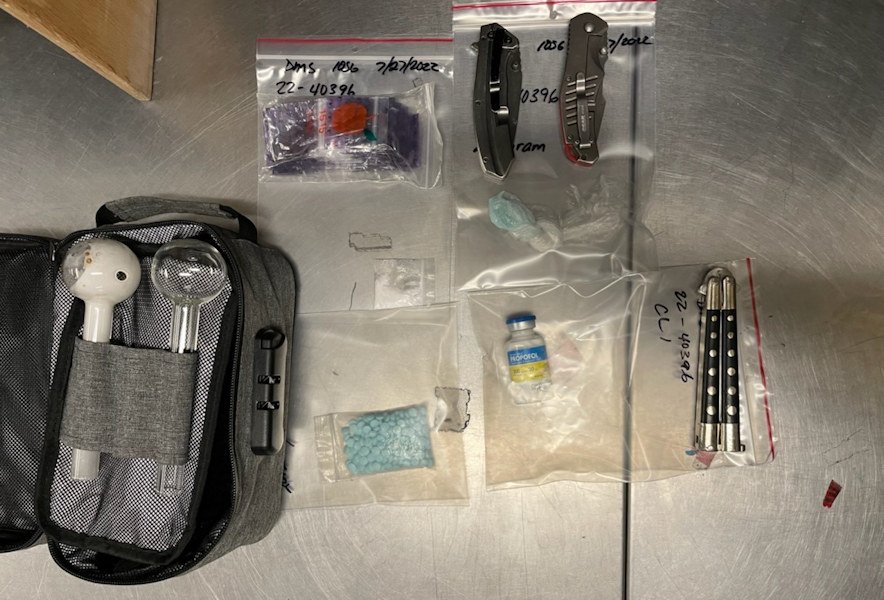 REDMOND, Ore. (KTVZ) – A Redmond man allegedly returning from Portland with fentanyl pills in his possession was arrested Wednesday as the car he rode in arrived back in Redmond, Deschutes County sheriff’s deputies said.

On Wednesday, Street Crimes detectives learned he was traveling from Portland to Redmond with fentanyl pills in his possession, the sergeant said.

Detectives spotted a Subaru Impreza he was a passenger in pull into the parking lot of a motel on Southwest Fifth Street, Janes said. They contacted the suspect while he was seated in the car and he was detained on an unrelated Bend Police burglary case.

A search warrant for the man revealed he possessed a commercial quantity of counterfeit oxycodone pills containing fentanyl, Janes said. He was on charges of drug possession and attempted delivery, as well as the unrelated burglary charge.

The suspect was taken to the county jail, but due to medial reasons was then taken to the St. Charles Bend ER, where he was cited and released to hospital officials.

A “commercial quantity” is defined by statute as five grams or more of a mixture or substance containing a detectable amount of fentanyl, or any substituted derivative of fentanyl as defined by the rules of the Oregon Board of Pharmacy. This is not a separate criminal charge, rather an increase in the sentencing guidelines, Janes said.

The greater Portland area is a major transshipment hub where illegal drugs coming from the southwest border are stored in local warehouses, storage units, and residential properties. The bulk shipments of drugs are usually broken down into smaller quantities and transported to other states or distributed to local dealers.

The Portland area has an international airport, interstate highways, and bus and train lines that make it easy for shipments to be smuggled to other destinations around the Pacific Northwest, Janes said.