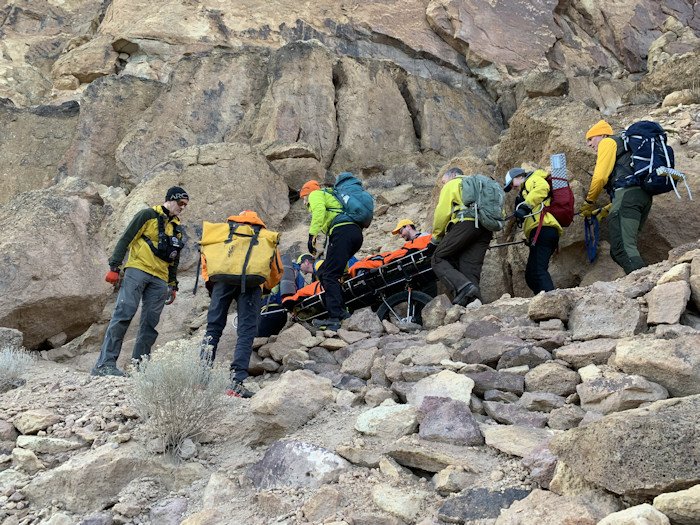 County 911 dispatchers got the call around 1:35 p.m. from the 27-year-old woman, saying what happened and that she could not get back to the parking lot without assistance, according to sheriff’s Deputy Shane Zook, assistant SAR coordinator.

A deputy in the Special Services Division set out a page for Search and Rescue volunteers to respond, Zook said. Ten volunteers responded and headed to the park shortly after 2 p.m.

Meanwhile, the Redmond Fire Department arrived on scene and sent two personnel to the hiker’s location, saying with her to provide medical care.

When SAR volunteers reached the hiker, they placed her in a warming bag with a heat blanket and prepared her for transport down the trail on a wheeled litter, Zook said.

SAR volunteers wheeled the hiker back down the trail, to a waiting ambulance, which took her to St. Charles Bend for further medical treatment.