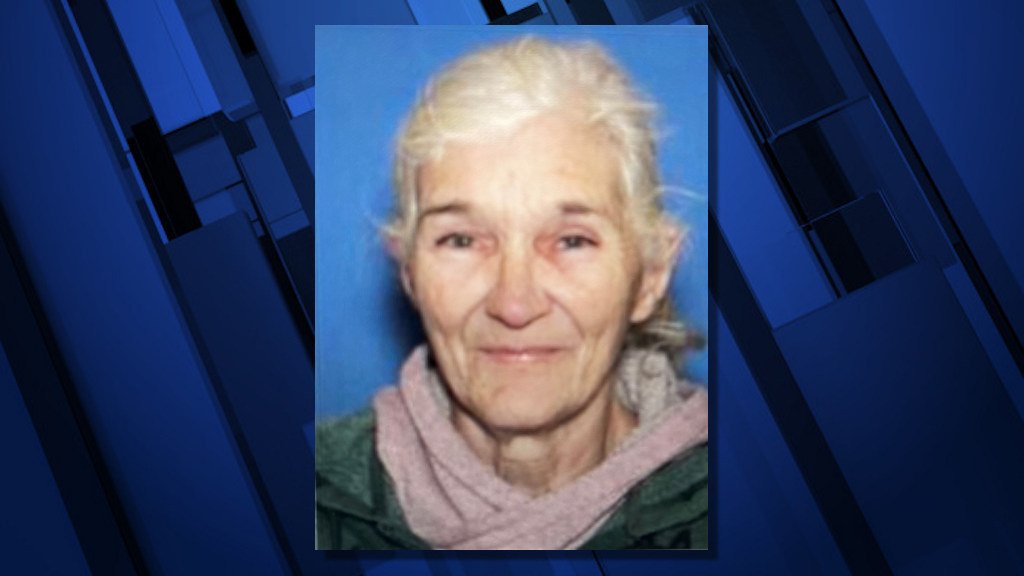 La PINE, Ore. (KTVZ) – The Deschutes County Sheriff’s Office sought the public’s help Sunday in finding a 71-year-old La Pine woman who left a home on foot in the morning and failed to return.

Kathleen Scott, who suffers from dementia and Alzheimer’s, left a residence on Sutter Street in the Newberry Estates neighborhood around 10:30 a.m., walking in an unknown direction of travel, Sergeant Jayson Janes said, adding that she is visiting from out of the area

Scott is described as about 5-foot-seven and weighs about 98 pounds, Janes said. She was wearing a plaid pull-over shirt, blue jeans, white shoes and a beanie hat.

She is most likely carrying a small, yellow dog named Dobby, the sergeant said.