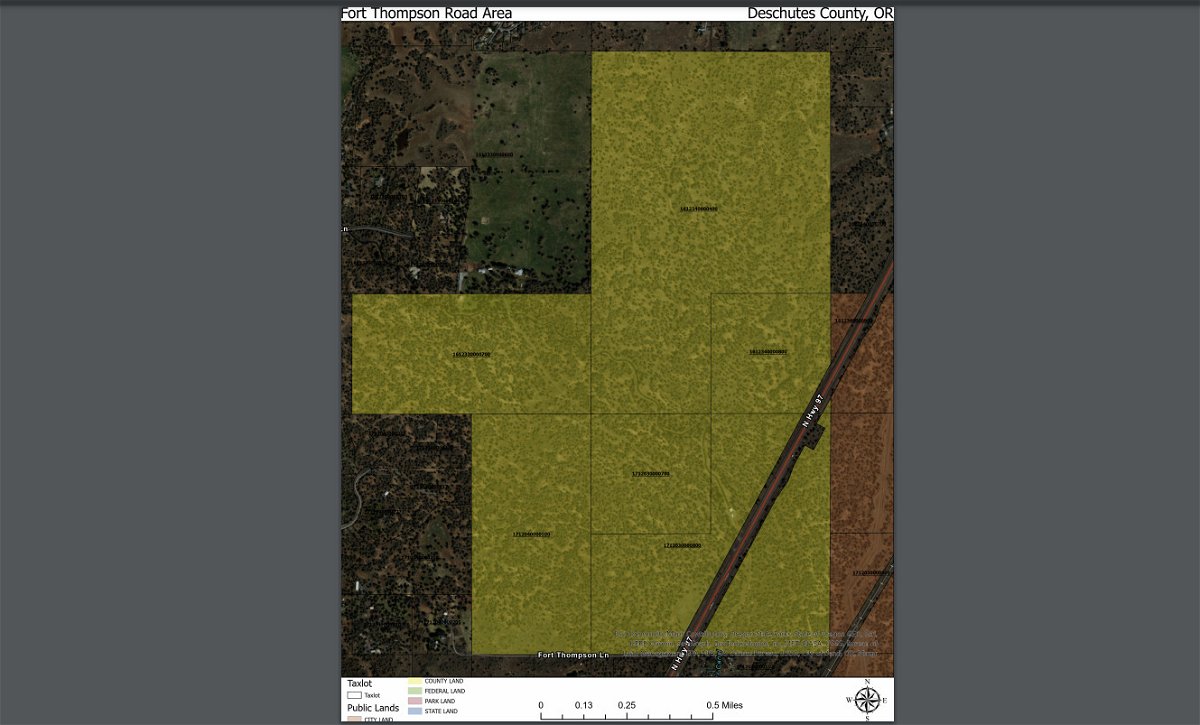 BEND, Ore. (KTVZ) – Deschutes County is seeking proposals and plans to hire a consultant in January to conduct feasibility studies for potential development of public or private RV parks and campgrounds on up to six areas of public lands around the county.

Four of the areas are county-owned property, one adjacent to Bureau of Land Management property at Crooked River Ranch, and the other two are U.S. Forest Service land along China Hat Road or Forest Service Road 4604, near Phil’s Trailhead, according to the request for proposals published Tuesday.

The other county-owned property for consideration include over 540 acres north of Bend, near Fort Thompson Road; about 1,670 acres along state Highway 126, partly within the city of Redmond, and several properties in La Pine, along Drafter Road and Third Street.

The county has set a Dec. 16 deadline for the proposals and expects to choose from among them in mid-January.

While a summary of the request for proposals (which you can review below) indicates they would be “recreation-focused developments,” the county overview concludes:

“Tourism brings over four million overnight visitors to Central Oregon annually. The increased percentage of growth, coupled with the high number or overnight visitors, has led to an ongoing shortage of housing options for long- and short-term housing needs. Deschutes County has identified a need to consider an expansion of low-cost camping options to accommodate the influx of tourists and houseless populations.”

County Commissioner Tony DeBone said such facilities could, for example, be “welcoming the high-dollar, ‘van life’ people who buy a rig and are traveling the world or the country, working remotely. And we have people living out in the woods around cities, or struggling – a spectrum of issues.”

“If we had a market-rate campground and we had a spot available, somebody could either pay for that spot, or be sponsored in that spot,” DeBone said.

Saying he was describing just one scenario and “this is one commissioner talking,” DeBone suggested a private RV resort or campground could be located two miles south of Bend on China Hat Road, on land in a long-term lease from the government, much like resorts elsewhere on the forest, with cabins owned by a private business.

Such options, DeBone said, could also “help move some folks away from other folks’ backyard,” adding that he was “not talking low-barrier, come-one come-all” concerns residents have had about facilities for the homeless.