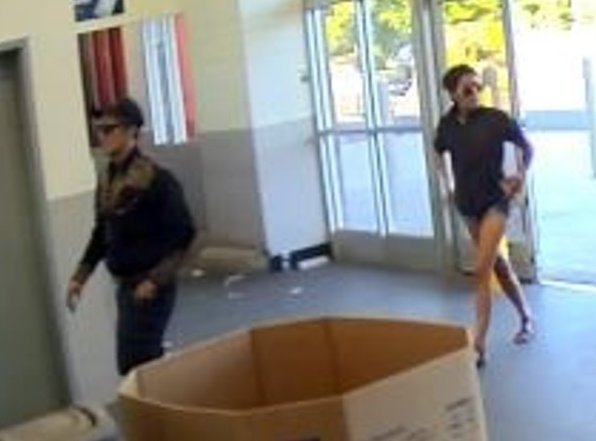 BEND, Ore. (KTVZ) – The Deschutes County Sheriff’s Office released several photos Friday in hopes the public can help them find a man and woman who recently stole items from vehicles parked at trailheads and day use areas around the county, then used the credit and debit cards to buy gift cards at the Bend Walmart.

If you know either subject or has any information related to the incidents, you’re asked to contact the sheriff’s office through non-emergency dispatch at 541-693-6911, in reference to Case No. 22-38722.

“The Sheriff’s Office would like to remind everyone that it is not save to leave valuables unattended in your vehicle,” Janes said in a news release. “If you are planning on being away from your vehicle take your valuables with you.”

“Many times people return to their vehicles, only to find their window has been broken out and their valuables missing,” he said. “In some of these cases, the suspects will have used the victim’s credit cards before they even realize their vehicle has been broken into.”