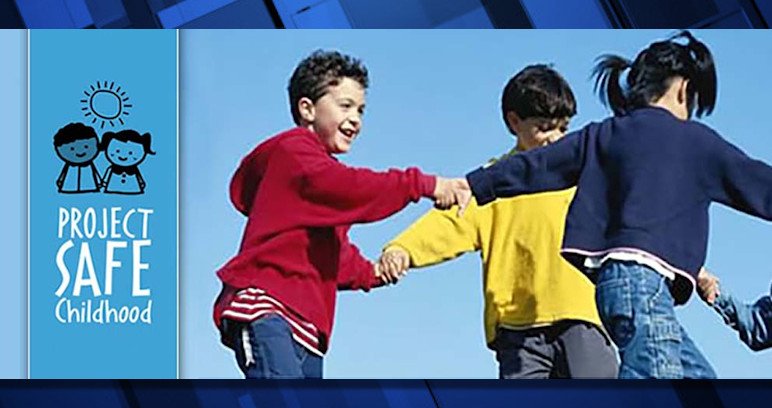 The U.S. Attorney’s Office for the District of Alaska earlier this month unsealed a 13-count indictment charging Zobaidul Amin, 24, for his role in operating a child exploitation enterprise following his arrest last month in Kuala Lumpur by Malaysian authorities.

Amin, a Bangladeshi national, is charged in the District of Alaska with offenses related to his alleged abuse and exploitation of hundreds of minor victims in the District of Alaska and elsewhere in the U.S. and abroad in what federal officials called “one of the most malicious, digitally facilitated sextortion and child pornography production schemes investigated to date by the FBI.”

According to federal court documents, Amin used the Snapchat application to identify and coerce child victims to produce images and videos of sexually explicit and sadistic conduct.

Following coordination with FBI Anchorage, Amin was taken into custody in Kuala Lumpur, Malaysia by Unit D11 of the Royal Malaysia Police on Sept, 19 and subsequently charged by prosecutors with the Malaysia Attorney General’s Chambers on 12 counts related to the possession and production of child pornography.

Deschutes County sheriff’s Sgt. Kyle Kalmbach said Friday the agency received a report in February on the Redmond-area case of using a child in a display of sexual content. Detectives began a lengthy investigation, including serving several search warrants to social media companies.

Two suspects were identified and located in partnership with the FBI, Homeland Security Investigations, the National Center of Missing and Exploited Children and the Internet Crimes Against Children Task Force, Kalmbach said. The other case is still under investigation with Homeland Security and involves a suspect out of state, he added.

Kalmbach, an HSI task force officer, said local detectives were running down leads and reached out to federal officials while working to piece together the “jigsaw puzzle” that involved numerous agencies around the state, nation and globe.

“Sometimes, international or statewide stuff makes it a lot more difficult” to investigate, he said. “These kinds of cases usually involve more than one victim.”

“There are few crimes as damaging and traumatic to a young person as sextortion,” said U.S. Attorney S. Lane Tucker for the District of Alaska. “It is especially evil to target impressionable children using social media apps such as Snapchat to exploit their innocence for pictures and videos. These children have been robbed of their childhood, and their lives and the lives of their families forever altered. This case highlights the immense collaboration and dedication of law enforcement partners across the country who are working tirelessly to identify the victims.”

“Seen as one of the most prolific and malicious sextortion schemes investigated by the FBI to date, this child exploitation enterprise targeted hundreds of minors in the United States and abroad through popular social media platforms,” said Special Agent in Charge Antony Jung of the FBI Anchorage Field Office. “Children would then be coerced into producing sexually explicit material and terrorized with threats of exposure if they did not continue.

“The protection of our children extends beyond borders, and this case demonstrates the multi-jurisdictional approach among local, state, federal, and international law enforcement partners to maximize our efforts in the pursuit of justice.”

If the public has any further information regarding Amin’s activities, please contact the FBI at 1-800-CALL-FBI (225-5324).

U.S. Attorney S. Lane Tucker of the District of Alaska and Special Agent in Charge Antony Jung of the FBI’s Anchorage Field Office made the Oct. 6 announcement.  The District of Alaska would like to thank the prosecutors of the Malaysian Attorney General’s Chambers and the Justice Department’s Office of International Affairs for their efforts to apprehend Amin.

This case was brought as part of Project Safe Childhood, a nationwide initiative launched in May 2006 by the Department of Justice to combat the growing epidemic of child sexual exploitation and abuse. Led by U.S. Attorneys’ Offices, Project Safe Childhood combines federal, state and local resources to better locate, apprehend and prosecute individuals who exploit children via the Internet, as well as to identify and rescue victims. For more information about Project Safe Childhood, please visit www.justice.gov/psc.

An indictment is merely an allegation, and all defendants are presumed innocent until proven guilty beyond a reasonable doubt in a court of law.

Parents and Guardians are encouraged to talk their children about cyber predators and what to do if someone asks them for personal information or photos. Here are a few available resources to understand sextortion and aid in the conversation:

To learn more about sextortion, including what kids and teens need to know, as well as what caregivers need to know: https://www.fbi.gov/scams-and-safety/common-scams-and-crimes/sextortion

Sextortion: What Parents Should Know https://www.missingkids.org/blog/2021/sextortion-what-parents-should-know