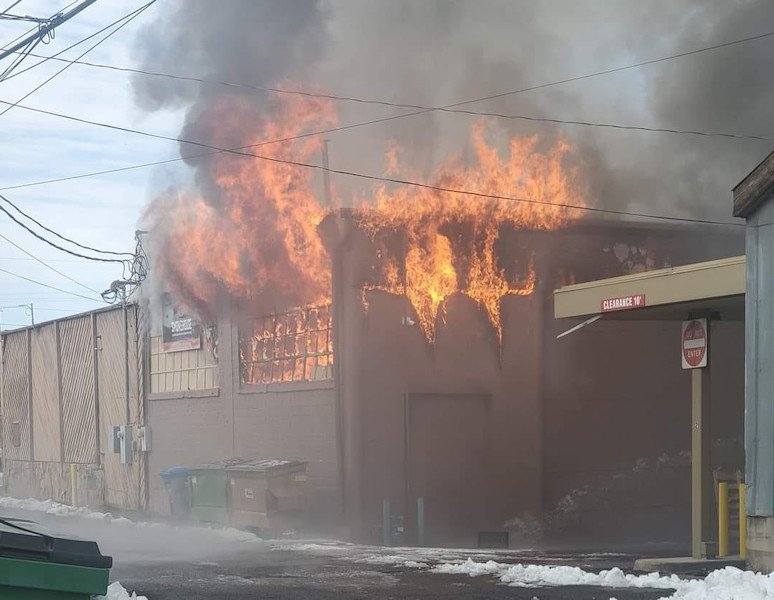 PRINEVILLE, Ore. (KTVZ) – A downtown Prineville smokehouse almost went up in smoke Tuesday afternoon, but Crook County Fire and Rescue crews were able to quickly knock down the blaze that a fire official said began in a large commercial smoker.

Crews were called around 12:45 p.m. to the F5 Smokehouse, a commercial meat processing and butcher shop in the 200 block of Northeast Fourth Street, Division Chief Russell Deboodt said.

They arrived to find active fire at the rear of the building, with flames already venting through a large glass window and threatening two other commercial buildings, Deboodt said. But crews’ quick action kept the blaze from spreading to the rest of the structure and nearby businesses.

Several people were at work when the fire broke out, and two people were taken to St. Charles Prineville for treatment of smoke inhalation, Deboodt said.

Deboodt said the fire was accidental and resulted from a fire in a large commercial smoker.

A total of 16 personnel responded to the fire, with three engines, an ambulance and two command vehicles.