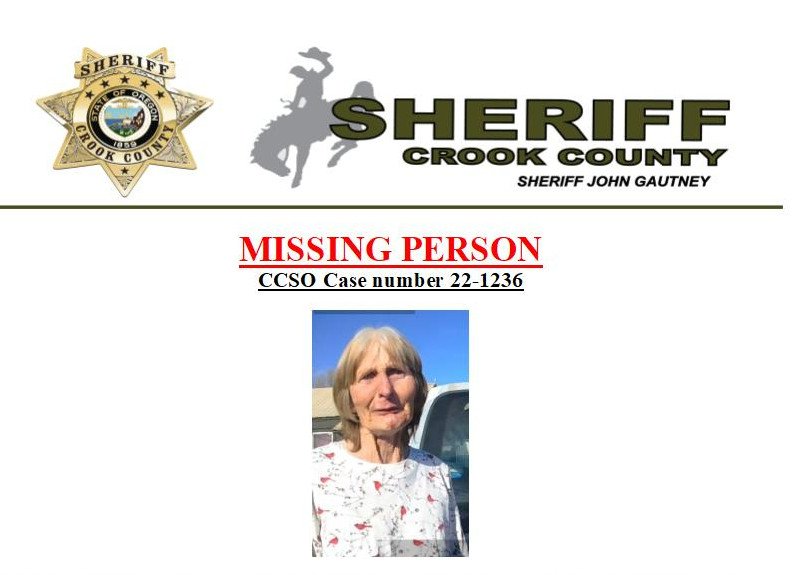 PRINEVILLE, Ore. (KTVZ) – Crook County sheriff’s deputies turned to the public Monday evening to help them find a missing 66-year-old Prineville woman diagnosed with Alzheimer’s and dementia who left home hours earlier with a red rolling suitcase, possibly trying to get back to Colorado.

The sheriff’s office got a call around 4:40 p.m. from the son of Darlene Schutte, who said she had left their home on Northwest McBeth Court between 2 and 3:30 p.m., Sergeant Mitch Madden said.

Deputies learned she might have been walking northbound on Northwest Madras Highway before her son called. Madden said deputies respond3ed to the area but were unable to find Schutte.

Madden said Schutte left her home without her medications and does not have a cellphone.

She last was seen wearing a red, white and blue windbreaker and has a red rolling suitcase.

Anyone who has seen Schutte or has information on her whereabouts is asked to contact law enforcement, at 541-447-6398.