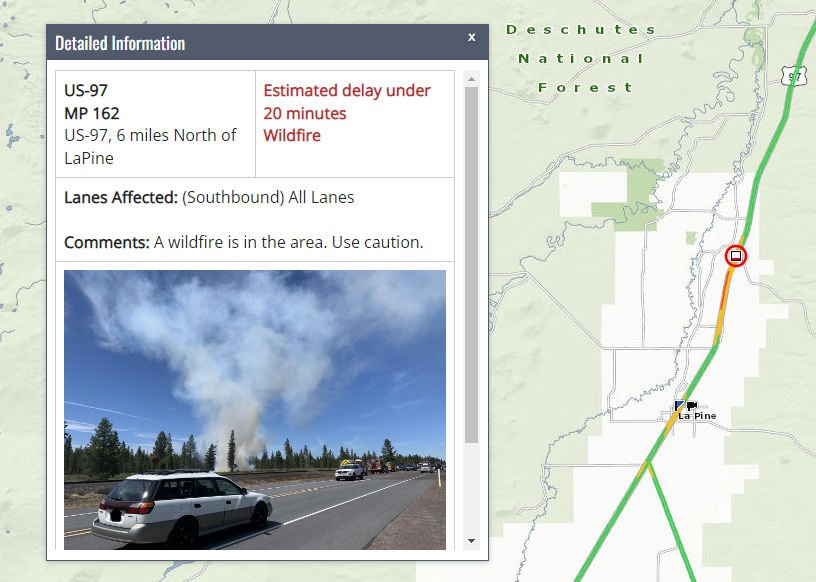 (Update: More details from fire district), burned about an acre, cause under investigation)

The fire was reported around 2:15 p.m. south of Faun Lane and Deer Run Lane, on BLM Prineville District land.

A dozen La Pine Rural Fire District firefighters in two engines and a water tender were assisted by an Oregon Department of Forestry engine and hand crew, along with three engines and a hand crew from the U.S. Forest Service, La Pine Fire Chief Matt Supkis said. Sunriver Fire also responded to assist.

The BNSF Railway tracks were closed due to hose lines and crew crossing the railroad tracks, Supkis said.

ODOT advised motorists to expect minor delays near milepost 162, and to “use caution and watch for crews working in the area.”

The fire was fully “wet-lined” by about 3:30 p.m. ODF crews followed up with hand lines and mop-up, Supkis said.

No injuries were reported and the cause of the fire had not been determined.