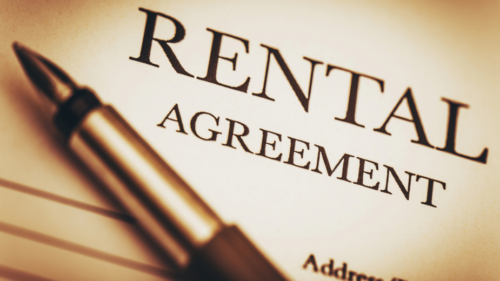 There are two competing bills in the Oregon Legislature aimed at tackling how much rents are allowed to go up each year. It comes as the 2023 maximum allowable rent increase reached 14.6%, causing concern among renters who fear being possibly priced out.

Oregon Senate Bill 608 which was passed in 2019 — also known as the “No Cause Eviction Protection and Rent Cap” bill — states landlords can increase rent by 7% plus Consumer Price Index (CPI). Because of how high inflation has been, it adds up to an allowable 14.6% increase.

A House bill being proposed by Sen. David Brock Smith, R-Port Orford — who just transferred from the House to the Senate by appointment — says he believes decreasing regulations will incentivize developers to build more housing. The thought is it could bring down the cost of rent.

“As we know in this state, the governor has declared a housing emergency and wants to build 36,000 new units across Oregon,” Brock Smith told KATU. “A lot of those units need to be multifamily housing and workforce housing. In order for that to happen, there needs to be investors and investment to do so.”

RELATED: Inflation means Oregon rent bill to have biggest impact yet in 2023

On the other side of the aisle, Sen. WInsvey Campos, D-Aloha, is proposing an adjustment to the current law. She wants to see the rent increase lowered from 7% to 3%, plus CPI. But there would be a maximum cap of 8%.

Both lawmakers know that housing is going to bring some difficult conversations in the legislature this session. Campos notes that people on both sides of the issue may not get everything they want out of a potential compromise bill.

You can read both bills at the links below: