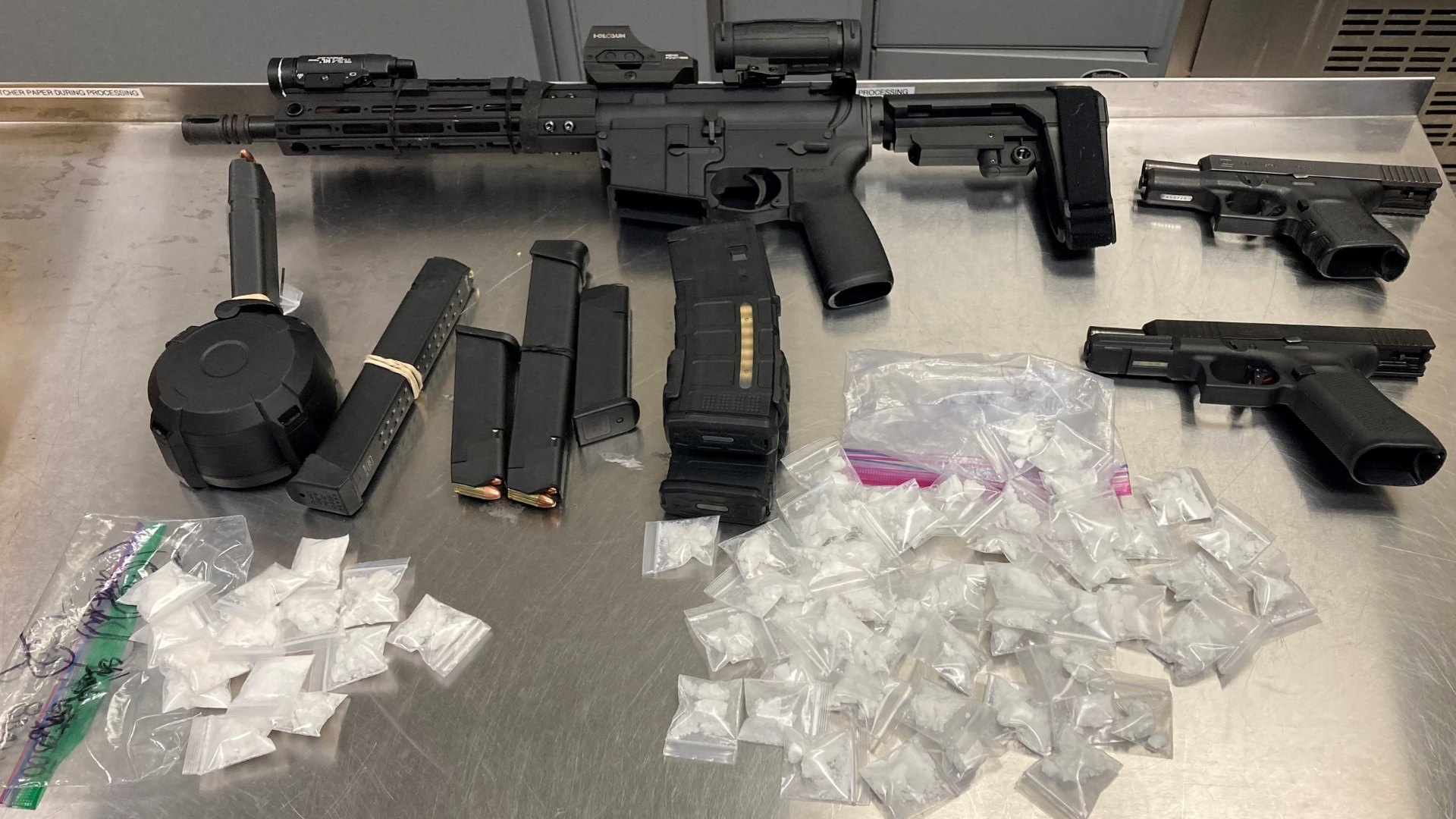 A Bend man was arrested Tuesday after law enforcement said they seized cocaine, firearms and cash from his apartment.

Central Oregon Drug Enforcement Team said that 22-year-old Chantz Kucharski was pulled over Tuesday evening. CODE said they had been investigating him after receiving tips from the public.

He’s alleged to have sold large amounts of cocaine and was in possession of a firearm.

CODE says they obtained and executed a search warrant leading to Kucharski being contacted during a traffic stop. Immediately afterward his apartment was searched yielding a commercial quantity of cocaine, two pistols, an AR-15 rifle and over $67,000 in cash.

A “commercial quantity” is defined by statute as ten grams or more of a mixture or substance containing a detectable amount of cocaine, CODE said. This is not a separate criminal charge but rather an increase in the sentencing guidelines.

Kucharski was booked into the Deschutes County Sheriff’s jail under charges of Unlawful Possession of Cocaine, Unlawful Manufacturing of Cocaine and Attempted Delivery of a Controlled Substance, according to CODE.