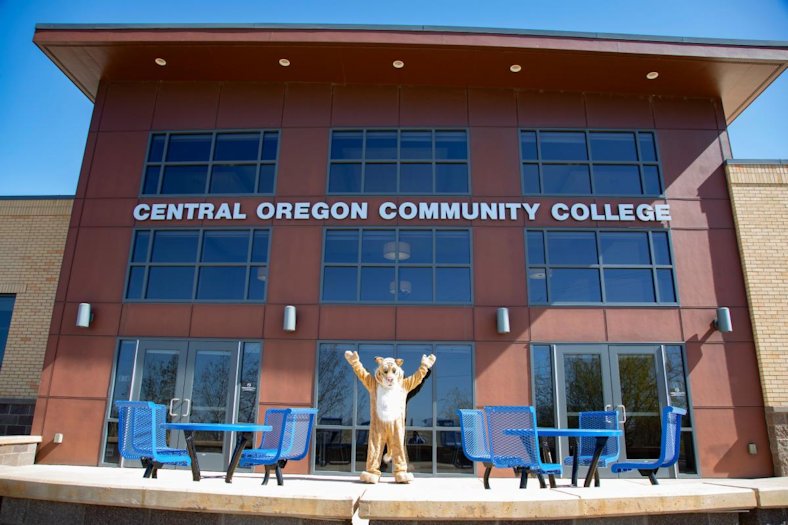 Up to 100 child care slots, operated by third-party contractor

BEND, Ore. (KTVZ) — Central Oregon Community College announced plans Thursday to expand its Madras campus with a new 15,000 square-foot facility that will house a range of new training and education opportunities to meet workforce needs, as well as a child care center for the community.

COCC said it plans to open the Madras campus expansion in the fall of 2024. Here’s the rest of their announcement:

This expansion will help address three of the largest workforce and community needs in Central Oregon and the state as a whole: the need for well-trained early childhood educators, the shortage of health care workers and the shortage of affordable child care slots.

To do so, the college will bring several of its most highly successful, existing programs to Madras, including early childhood education (offered in both English and Spanish), nursing, nursing assisting and medical assisting.

The expanded campus will also serve as a workforce development center for future early childhood educators and as a child care center for the local community, offering up to 100 child care slots (for infants through pre-K) that will be operated by a licensed, third-party contractor.

A request for proposals from architectural design firms is open through the end of September, and COCC will announce its final selection for the project’s designer in October.

“COCC has met with business and community leaders in Madras over the last few years, and all of our partners have identified the lack of child care and the lack of both health care staff and child educators among the community’s gravest needs,” said Dr. Laurie Chesley, COCC’s president. “This new college facility in Madras will help meet those needs for the long term, supporting local students, employers and their families.”

Central Oregon is a well-documented child care desert, with only one open child care slot for every three children in the region. Staffing shortages in child care and health care are also well-documented, with demand from local employers in both industries exceeding the number of local graduates each year.

Thanks to broad community support, there are substantial matching funds to complete the COCC project. The Bean Foundation of Madras recently donated 26 acres of land valued at $1.5 million, which will combine with the nonprofit’s original donation of 23 acres for the existing COCC Madras campus. $3 million in matched funding will be secured through private and local funding sources. The remaining $5.9 million is expected to come through federal, state and other public resources.

Zak Boone, chief advancement officer and executive director of the COCC Foundation, noted local philanthropy’s critical role in bringing higher education to the communities of Jefferson County. “For more than a decade, COCC has operated the Madras campus thanks to transformative gifts from the Bean Foundation and other donors,” he said “Now COCC is again able to expand our programs and strategic partnerships because of their latest generosity. The Bean Foundation and their fellow benefactors continue to help COCC create essential educational and community spaces.”

“The COCC Madras expansion is a great thing for our community,” added Kelly Simmelink, Jefferson County Commissioner. “More opportunities to learn here at home mean greater ease and convenience for students, helping people stay within their community. I’m thankful for the land donation from the Bean Foundation, who has been such an incredible partner over the years, especially when it comes to supporting local youth and education for all ages.”

The Bean Foundation’s mission serves children, young adults, and families in Jefferson County, noted George Neilson, longtime Bean Foundation board member. “From the founding gift of our benefactor, Mr. Al Bean, we have centered education among our top priorities,” he said. “I appreciate COCC’s ongoing and renewed investment in our community. Combined with the gifts of other donors, the Bean Foundation’s latest land gift to COCC will assist in furthering educational opportunities for all cultures while creating high-quality, affordable child care for local families. This in turn strengthens education for all our constituents.”

Programs on the expanded COCC Madras campus will remain community-centered and culturally responsive to meet the growing needs in Jefferson County and Madras as a whole. Madras is the most diverse community in Central Oregon. Additionally, 49% of existing COCC Madras students are low-income and 51% are BILAPOC students — 19% of whom are Native American — and most students come from rural high schools. COCC’s Madras campus expansion will not only address critical employer needs but also broaden participation in the workforce for underserved communities.

“A COCC Madras campus expansion is exciting and will impact local students and their families in several meaningful ways,” said Jay Mathisen, superintendent of the 509J School District. “While they’re still in high school, our students will have expanded opportunities to earn college credit, saving them money and time along their educational journey. After they graduate, they’ll also have the incredible gift of higher education options available in their own rural community. Graduates and their families will have affordable college and career opportunities that won’t require them to move away.”

The Children’s Learning Center will be the project’s contracted child care provider, operating a program for infants through preschool-age children with five classrooms. The High Desert Education Service District’s Early Intervention initiative will utilize the space for preschool programming focused on children with special needs, as well as for an office space for their staff. “Since 2011, local community partnerships have been central to the success of the COCC Madras campus,” said COCC board chair Bruce Abernethy. “We will continue to prioritize these critical collaborations in the design and use of the new facility in Madras.”