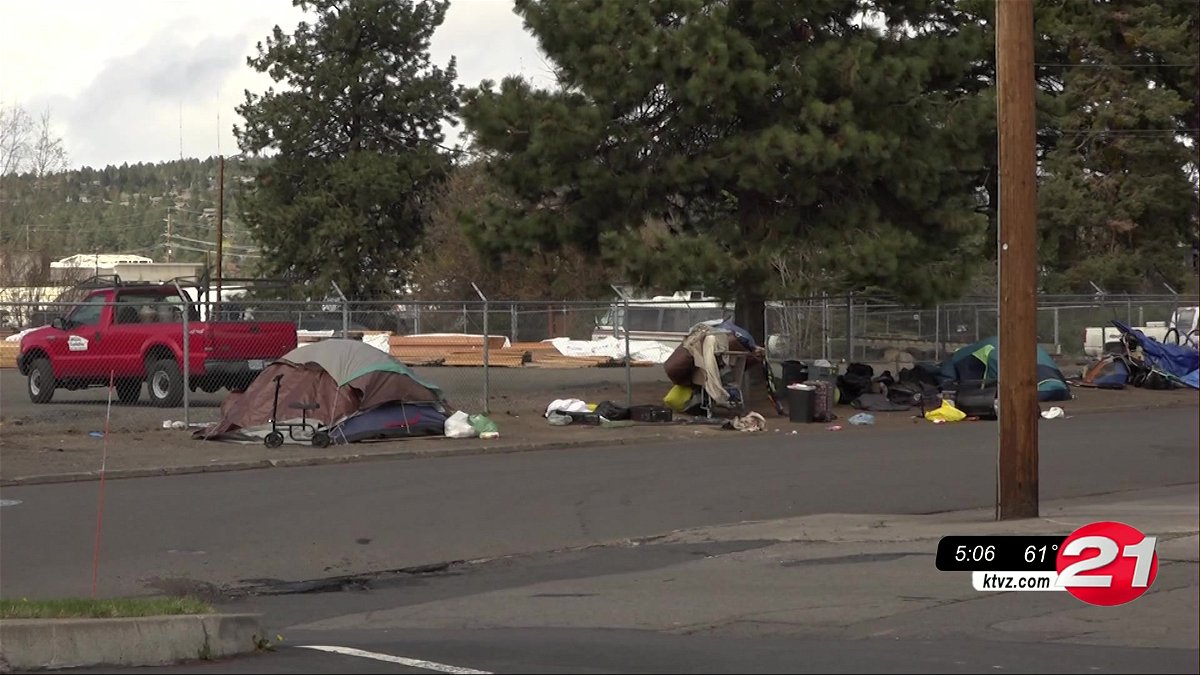 BEND, Ore. (KTVZ) — For the second time this year, the City of Bend has designated the area of Northeast Second Street between Greenwood and Franklin as an unsafe camping area, and plans to conduct a cleanup in a week.

City Manager Eric King stated in an Oct. 10 memo that the area “has created a threat to public health, safety, and the environment.”

Accompanying his designation, a memorandum from Police Chief Mike Krantz stated there “is an ongoing safety and health concern regarding the presence of an established campsite” on Second Street.

In an assessment done on Sept. 22, Krantz noted there were 121 calls for police in the area over the previous month. The report also notes nine arrests made in the area during that month.

There have been several similar cleanups in that area of Bend the past few years, including one on Emerson Street in 2021 and another on Second Street in March of this year.

The cleanup also comes as the Bend City Council is seeking to complete work by year’s end on a new code to regulate unsanctioned camping on city property and public rights of way.

Noah Chast will have more from the city on the planned cleanup, tonight on NewsChannel 21 at Five.