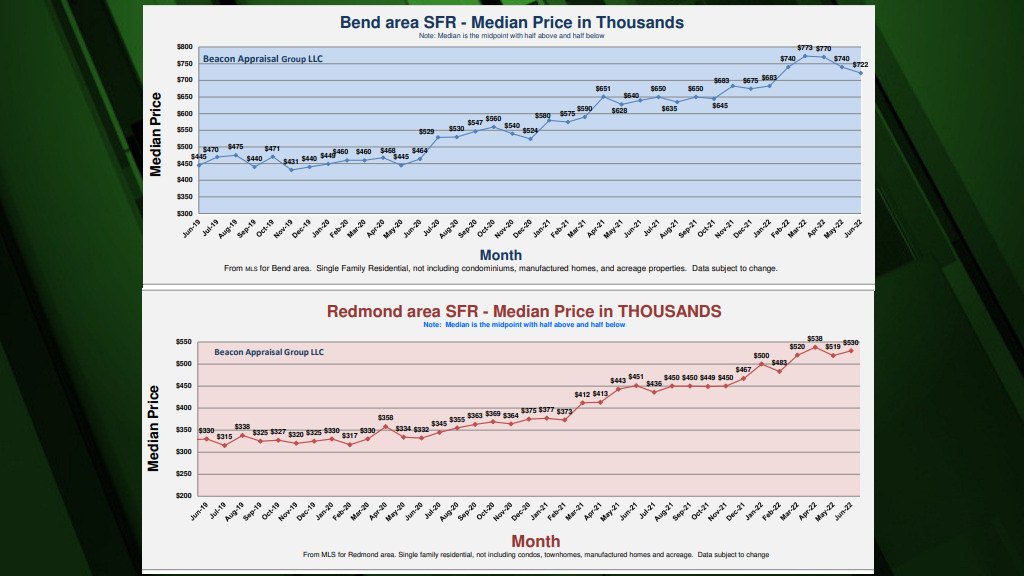 REDMOND, Ore. (KTVZ) – It appears that Central Oregon’s hot real estate market is not immune to the nationwide cooldown, as inflation, rising mortgage rates and still near record-high prices have an impact on sales and inventory, a monthly real estate report released Thursday indicated.

Looking at June’s statistics, compared to a year ago, Beacon Appraisal Group’s Donnie Montagner said the number of sales in Bend and Redmond last month were down about 21% and 32%, respectively, from June of last year.

The number of current listings in Bend, 381, was more than double the 153 on the market a year ago. That’s the same percentage change as seen in Redmond, where there were 49 listings in June of last year and 99 this year.

Second-quarter reports for smaller Central Oregon markets in the Beacon Report showed a different picture for Sunriver, where the median price jumped by more than $100,000 to a record $1 million, though the number of sales fell to a level (31) not seen since the first quarter of 2020.

The complete report is below: