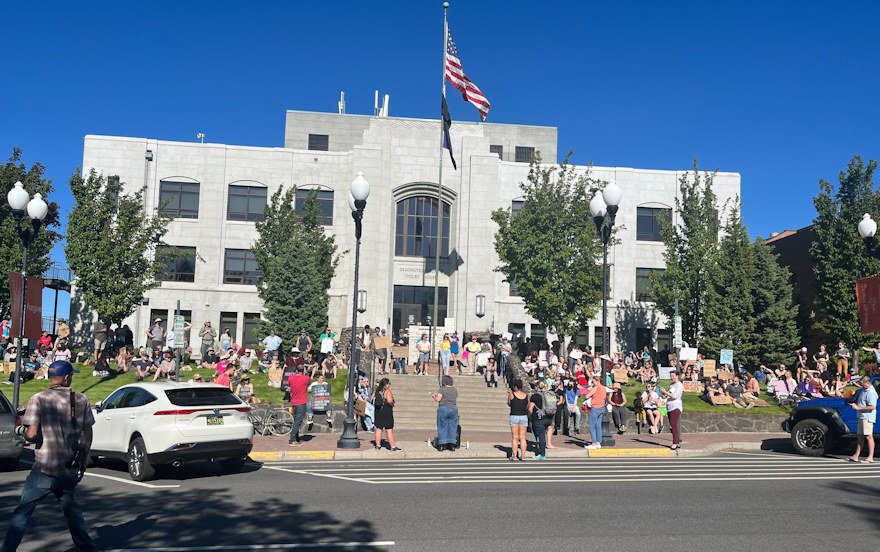 Some ‘devastated’ by ruling, others call it the right decision

BEND, Ore. (KTVZ) — Since the draft to overturn Roe v. Wade was leaked last month, the country has been waiting for Friday’s U.S. Supreme Court ruling, which ends nearly 50 years of the constitutional right to an abortion.

Oregon is one of 16 states that has laws to protect women’s right to an abortion, but reactions on the High Desert to Friday’s ruling were as divided as found elsewhere in the country.

“I think today is a really devastating day for human rights for the rights of all Americans,” Bend resident Kate Atmore said. “I am devastated to think that my daughter, my granddaughters won’t have the opportunity to make the basic decision about what happens to their body.”

Walt Templeton, a Crooked River Ranch resident, said, “By overturning Roe v. Wade, you’re just putting it back to the states, and then the states can make whatever rules and regulations they want about it. I think that’s the way it should be done.”

Susan Davis, visiting her son, who lives in Bend, shared her thoughts on the ruling.

“I’ve been involved with women’s right to choose for a very, very, very long time,” Davis said. “I’m 73 years old, and I started when I was in my 20’s and going to college in Philadelphia. I just truly believe that women’s health is a private issue.”

But others told us they feel the Supreme Court made the right decision.

Pamela Fisher of Redmond said, ” This country where we have rights, but these babies — how do they voice their rights? They cannot.”

Two people feel so passionately about the issue, they stood with signs at the corner of Greenwood Avenue and Wall Street in downtown Bend. Hours later, a crowd gathered in front of the Deschutes County Courthouse to protest the court’s decision.

Bend resident Lindsey Narkchareon said,” When I woke up this morning, it felt like my heart fell through my stomach and out of my chest. I was absolutely devastated to see the ruling.”