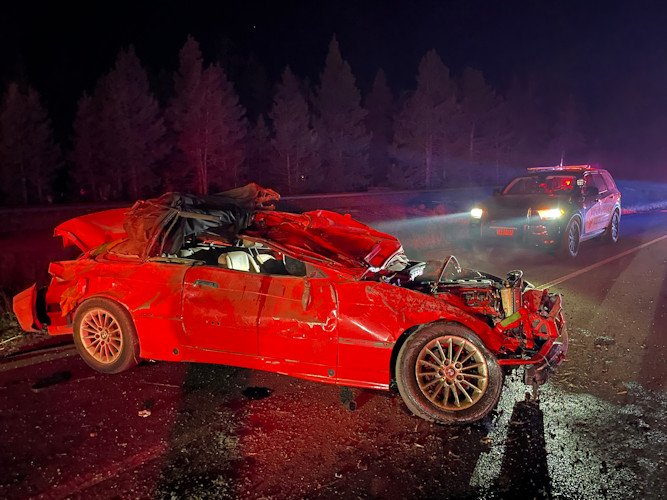 Deputies were dispatched shortly before 3 a.m. to the single-vehicle crash on Highway 97 near the intersection of Pam Lane, Sgt. Kyle Kalmbach said.

An initial investigation found the 23-year-old man was driving alone and while heading north crossed over the southbound lane and left the highway, at first heading west, then traveling north near the railroad tracks, causing the vehicle to roll several times back onto the highway,

La Pine Fire medics and sheriff’s deputies provided medical care for the driver, who was taken to St. Charles Bend with serious injuries, Kalmbach said, adding that the driver was wearing a seat belt.

“Deputies determined that fatigue and speed were factors in the crash,” the sergeant said in a news release.

BNSF responded to the scene and determined no damage had occurred to the railroad tracks, Kalmbach said.