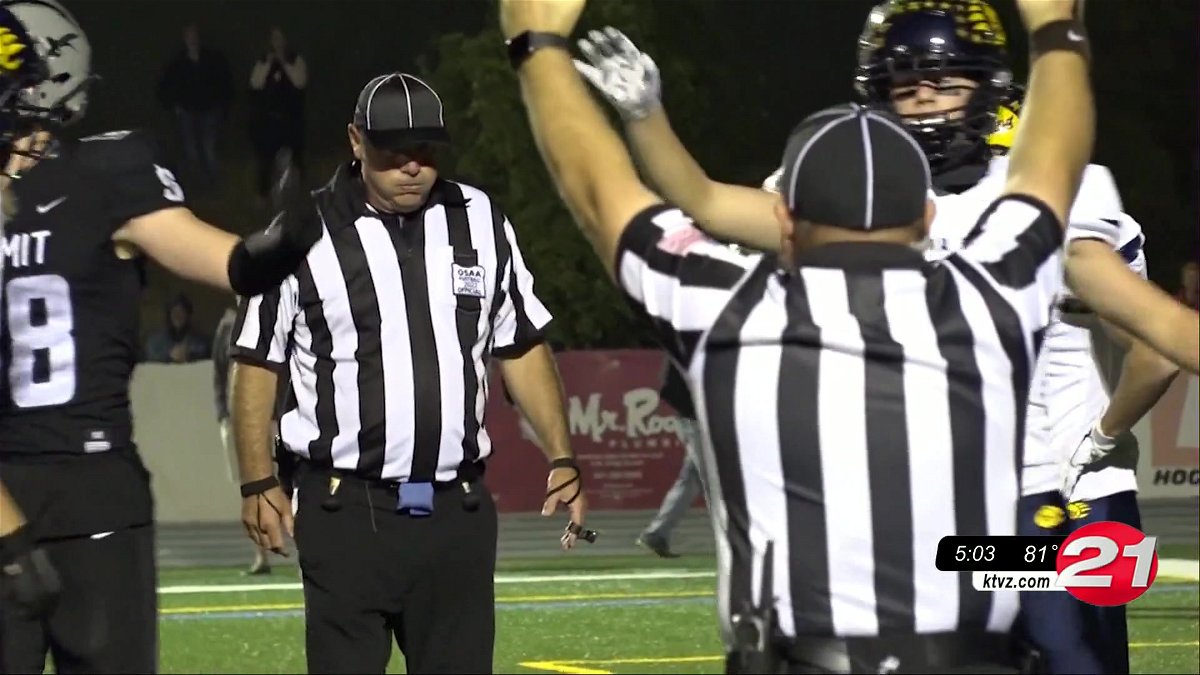 The reason? A lack of officials, according to Oregon School Activities Association Executive Director Peter Weber.

“Unfortunately, that’s kind of the world that we’re in at this point, based on the numbers that we have,” Weber told NewsChannel 21 Wednesday.

Weber said the referee numbers had been declining for a decade, but the pandemic was a drop-off point.

Numbers actually are improving this year, with 689, 428 and 384 respectively.

“But that also can be deceiving, because it may be in one area of the state we’re doing fine, and those teams aren’t having to move their games, but in other areas of the state we could be way down,” Weber said of the recent rise in state numbers.

NewsChannel 21 spoke by phone to Kurt Renstrom, who does the scheduling for the Central Oregon Officials Association.

He said for football, they have 52 referees, but need closer to 85.

In an attempt to maximize officials without canceling games, some football games are being moved, soccer times change, and schools are hosting volleyball triple-headers weekly.

While it’s working for now, Renstrom says his officials are working five to six nights a week, and this model is not sustainable.

“Our officials aren’t getting any younger, and continuing to have those officials work those many contests, those create issues,” Weber said.

We asked if this could be the norm for the winter and spring seasons as well.

“Well, unfortunately, I think it could be,” Weber said.