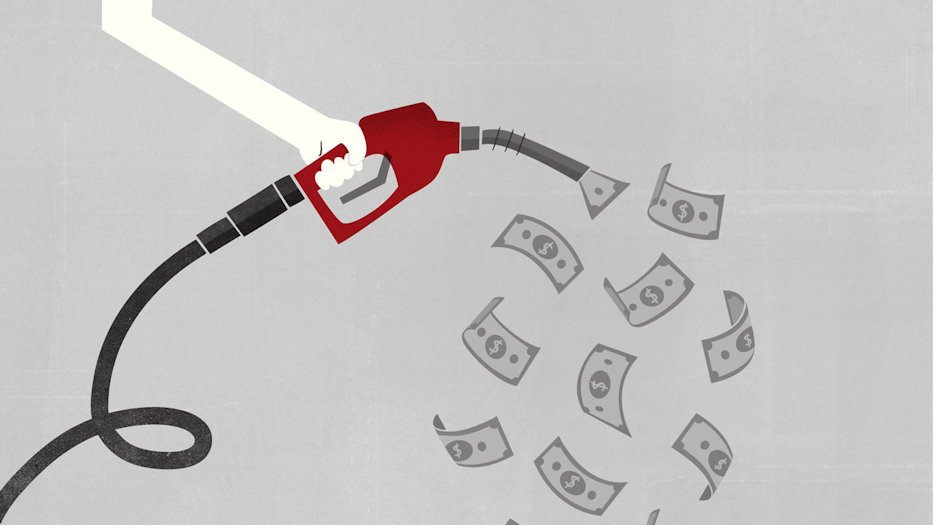 PORTLAND, Ore. (KTVZ) – Pump prices continue to fall in the heart of the summer driving season. But the lower pump prices are not enticing drivers to fuel up, AAA Oregon/Idaho reported Tuesday.

The seasonally low demand for gas, along with declining crude oil prices, are putting downward pressure on pump prices. For the week, the national average for regular slides 16 cents to $4.03 a gallon. The Oregon average loses 14 cents to $4.91. Bend’s average gas price dropped below $5, as did Portland’s

“For now, it appears that Americans continue to drive less due to the elevated fuel prices. Couple that with lower crude oil prices and that should lead to continued declines at the pumps. The national average is now poised to fall below $4 a gallon this week for the first time since early March,” says Marie Dodds, public affairs director for AAA Oregon/Idaho.

A recent survey from AAA showed that Americans have changed their driving habits to cope with high gas prices. Almost two-thirds (64%) of U.S. adults have changed their driving habits or lifestyle since March, with 23% making “major changes.” Drivers’ top three changes to offs high gas prices are driving less, combining errands, and reducing shopping or dining out. Other changes include delaying major purchases, postponing vacations and saving less money.

The national and Oregon averages for regular gas have been falling since mid-June with this week marking the eighth consecutive week of declines. The major drivers of lower pump prices have been falling crude oil prices and a few weeks of seasonally low demand for gas.

Demand for gasoline in the U.S. dropped from 9.25 million b/d to 8.54 million b/d last week. The rate is 1.24 million b/d lower than last year and is in line with the need at the end of July 2020, when COVID-19 restrictions were in place and fewer drivers hit the road. Additionally, the total domestic gasoline supply rose slightly by 200,000 bbl to 225.3 million bbl. If gas demand remains low and the supply continues to increase alongside falling oil prices, drivers will likely continue to see pump prices drop.

Crude oil prices continue to fall due to fears of economic slowdowns elsewhere around the globe. Crude reached a recent high of $122.11 per barrel on June 8, and ranged from about $94 to $110 in July. This month, crude has fallen below $90 per barrel. Crude prices rose dramatically leading up to and in the first few months of Russia’s invasion of Ukraine. Russia is one of the world’s top oil producers and its involvement in a war causes market volatility. Also, tight global supplies put upward pressure on crude prices as demand for oil increased as pandemic restrictions eased. A year ago, crude was around $66 per barrel compared to $91 today.

Crude oil is the main ingredient in gasoline and diesel, so pump prices are impacted by crude prices on the global markets. On average, about 53% of what we pay for in a gallon of gasoline is for the price of crude oil, 12% is refining, 21% distribution and marketing, and 15% are taxes, according to the U.S. Energy Information Administration.

Consumers can still enjoy a tasty AAA gas price–related treat courtesy of Krispy Kreme Doughnuts. Running every Wednesday through Labor Day, Krispy Kreme will lower the price of a dozen Original Glazed donuts to the national average that AAA reports each Monday. A dozen glazed doughnuts typically cost around $12. This Wednesday’s dozen should cost $4.06, not including sales tax, and is available only in shop, drive-thru, or online pickup.

The West Coast region continues to have the most expensive pump prices in the nation with six of the seven states in the top 10. This is typical for the West Coast as this region tends to consistently have fairly tight supplies, consuming about as much gasoline as is produced. In addition, this region is located relatively far from parts of the country where oil drilling, production and refining occurs, so transportation costs are higher. And environmental programs in this region add to the cost of production, storage and distribution.

California is the most expensive state for the 81st week in a row with Hawaii, Alaska, Nevada, Oregon, and Washington rounding out the top six. Arizona is 18th. Oregon is fifth for the second week in a row.

The refinery utilization rate on the West Coast decreased from 8.5% to 80.1% for the week ending July 29. The rate has ranged between about 76% and 90% in the last year.

According to EIA’s latest weekly report, total gas stocks in the region increased from 30.17 million bbl to 30.19 million bbl.

Although crude prices made slight gains on Friday due to a strong U.S. jobs report for July, they saw significant declines throughout the week as a result of continuing market concern that demand will decline if economic growth stalls or reverses course. Prices have not been this low since mid-February 2022—before Russia invaded Ukraine. Additionally, EIA reported that total domestic crude supply increased by 4.5 million bbl to 426.6 million bbl. The sharp inventory increase, during the usually high-demand summer driving season, signals low demand could continue pushing prices lower. For this week, crude prices could continue to decline if demand concerns persist.

Drivers can find current gas prices along their route with the free AAA Mobile app for iPhone, iPad and Android. The app can also be used to map a route, find discounts, book a hotel and access AAA roadside assistance. Learn more at AAA.com/mobile.

The post C.O., Oregon, US gas prices are falling, but not enough to lure drivers to fill up, AAA reports appeared first on KTVZ.