C.O. firefighters still scrambling to stop new wildfires as they ignite, working to keep them small 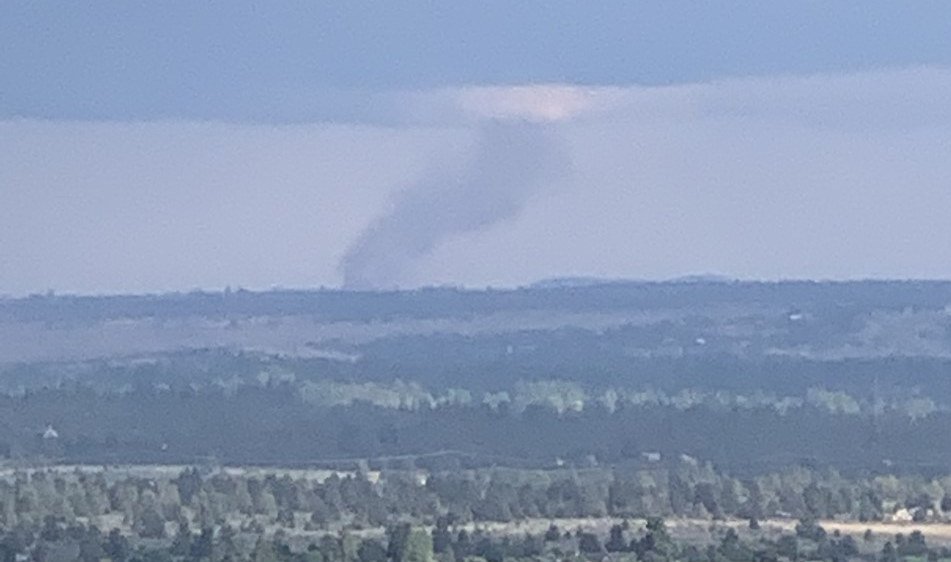 BEND, Ore. (KTVZ) — Firefighters responded to 13 new incidents and numerous fires across the area Tuesday. Resources have been able to respond quickly and keep the new starts small, but firefighters will be working late to increase containment on active incidents, officials said Tuesday night.

Here’s the rest of the 8 p.m. Tuesday update from Central Oregon fire managers:

This evening, six potential new starts were reported shortly after 6 p.m. by a reconnaissance flight. Resources are responding to Incidents 532-533 and 535-538. Firefighters are on scene of Incident 532, which is 3-5 acres and started on the Deschutes National Forest near the Arnold Ice Caves off China Hat Road.

Resources are also on scene of Incident 537, which is 1.5 acres and located on the Deschutes National Forest near Green Butte. The other new starts are under an acre or have not been located yet.

Containment increased significantly to 80% on the Fly Creek Fire today and there was no new growth. 140 personnel are assigned to the 280-acre fire.

Great progress was made today mopping up along the dozer lines around the perimeter. Resources are paying close attention to the northern edge of the fire for any increased activity from afternoon and evening winds.

The Jefferson County Sheriff’s Office dropped the Level 2 evacuation notice for Three Rivers down to a Level 1 this morning. The Level 3 evacuation notice for the Perry South and Monty Campgrounds remains in place. For information on evacuations, please visit: https://www.facebook.com/JeffersonCountyORSheriff.

All of the fires located north and northeast of the Oregon Badlands Wilderness area near the intersection of George Millican and Reservoir roads were contained today or found to be false alarms. Incidents 512, 513, 516, 518 and 522 are 100% contained. Incidents 514, 515 and 517 were false alarms.

Incident 505 is 100% contained. The 1-acre Juniper Creek Fire remains 50% contained and resources are continuing to mop it up. All lines held today on Incident 506 as well, near Lava Lake, and resources are working towards containment. Incident 519, which was reported to be in the Mt. Thielsen Wilderness on the Deschutes National Forest, was determined to be a false alarm.

There is a potential for isolated thunderstorms with lightning across Central Oregon this evening and into Wednesday. Red Flag Warnings for gusty winds and low relative humidity have been issued by the National Weather Service for portions of Central Oregon through 9 p.m. tomorrow. Hot, dry and breezy conditions will persist across the area through Wednesday.

The post C.O. firefighters still scrambling to stop new wildfires as they ignite, working to keep them small appeared first on KTVZ.