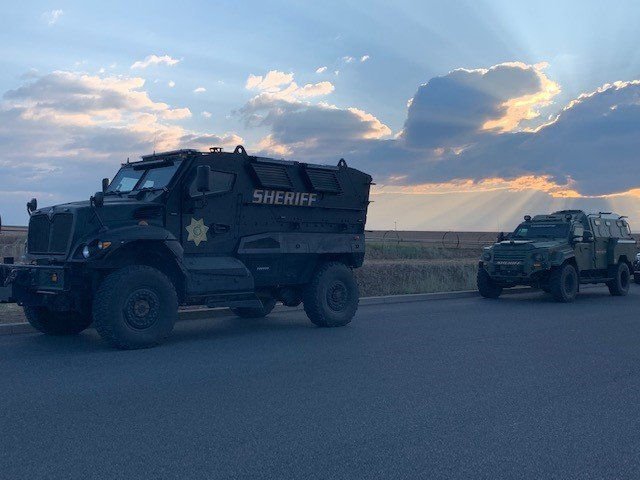 The CODE Team said it was being assisted in the raids by the U.S. Department of Homeland Security, the Jefferson, Deschutes and Crook County sheriff’s offices and Oregon State Police, Sgt. Kent Vander Kamp said.

Heckathorn said in a news release at midday that detectives were still processing and collecting evidence, after the properties were cleared, and that “by all accounts, this will be the largest drug bust in Jefferson County history.”

Heckathorn, who has resigned his position effective next Monday, said he “wants to thank not only all the agencies who sent us personnel and resources from across the state to assist us, but to the community as a whole for their patients in waiting for us to properly develop the case.”

“Organized drug trafficking cases are extremely complex and dangerous investigations,” he wrote. “Additional investigation will be occurring and multiple arrests were made today.”

More details will be provided in a later release, likely Wednesday, he said.

“There are no outstanding suspects or dangers to the community at large,” Vander Kamp said in an initial news release Tuesday morning.

However, he asked that people avoid the areas while the search warrants are executed and noted there could be “some minor traffic delays.”