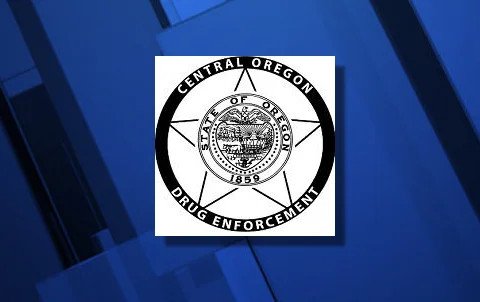 The initial investigation alleges the man imported fentanyl pills from the Portland area and distributed them in Central Oregon, Vander Kamp said.

After an overnight surveillance operation in the Portland area, CODE Team detectives sought and obtained a search warrant. The man was stopped around 9:30 a.m. on Highway 20 west, about four miles west of Sisters, driving a pickup towing a dump trailer, the sergeant said.

CODE Team detectives and deputies seized a “commercial quantity” of fake pharmaceutical tablets made of fentanyl and the separate package of meth, Vander Kamp said. They also determined the man was driving under the influence of a controlled substance.

The man was booked into the county jail on charges of DUII drugs and fentanyl and meth possession.

Vander Kamp said a “commercial quantity” is defined by statute as five grams or more of a mixture or substance containing a detectable amount of fentanyl or any substituted derivative of fentanyl, as defined by the rules of the Oregon Board of Pharmacy. This is not a separate criminal charge, but rather an increase in the sentencing guidelines.

“The greater Portland area is a central transshipment hub where illegal drugs from the southwest border are stored in local warehouses, storage units, and residential properties. The bulk shipments of drugs are usually broken down into smaller quantities and transported to other states or distributed to local dealers. In addition, the Portland area has an international airport, interstate highways, and bus and train lines that make it easy for shipments to be smuggled to other destinations around the Pacific Northwest.

“According to the Centers for Disease Control and Prevention, more than 107,000 people have died due to a drug overdose or poisoning in the US. Criminal drug networks in Mexico are mass-producing illicit fentanyl and fake pills pressed with fentanyl in filthy, clandestine, unregulated labs. These fake pills are designed to look like real prescription pills based on size, shape, color, and stamping. These fake pills typically replicate real prescription opioid medications such as oxycodone (Oxycontin®, Percocet®), hydrocodone (Vicodin®), and alprazolam (Xanax®); or stimulants like amphetamines (Adderall®).”