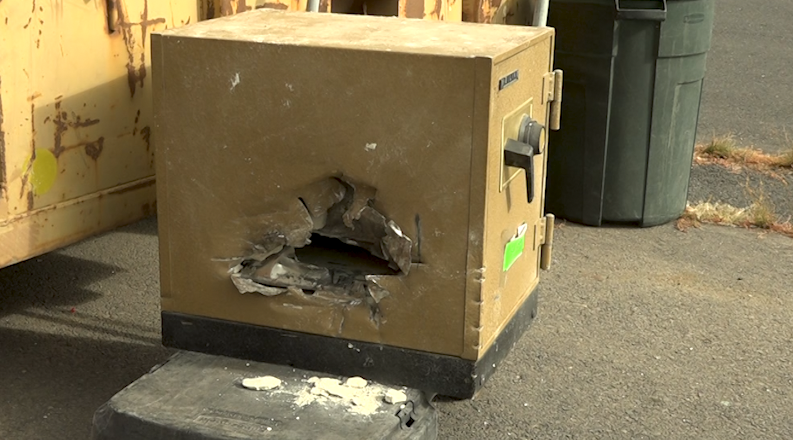 REDMOND, Ore. (KTVZ) – Nine small businesses around Redmond have been burglarized over the past five days, usually after hours, with a target of stealing cash, police said Friday as they requested the community’s help in finding the culprits.

“Criminal activity, such as theft, criminal mischief and burglary have a tremendous impact on small local businesses, as it is financially difficult for these businesses to maintain operations when they are victims of crimes,” Petersen said in a news release. “RPD is asking for your help in identifying and locating the suspects responsible.

One of the targeted businesses was the BrightSide Animal Center Thrift Store, where a necklace and keys to another business were taken, along with breaking into a safe.

“I’m still trying to take care of everything – all the little lose ends,” thrift store manager Jacob Powell said. “I don’t have any quarters or change for the cash registers today. I’m still working on getting that. It’s been kind of a challenge.”

“It’s pretty sad, you know, that someone had to do it to a nonprofit that helps animals,” Powell added.

Below is a table identifying burglary locations, dates, time frames and Redmond Police case numbers. Police are asking to check your video surveillance and see if you have possible suspect information.  If you witnessed or have information about these burglaries, contact RPD through Deschutes County non-emergency dispatch, 541-693-6911.