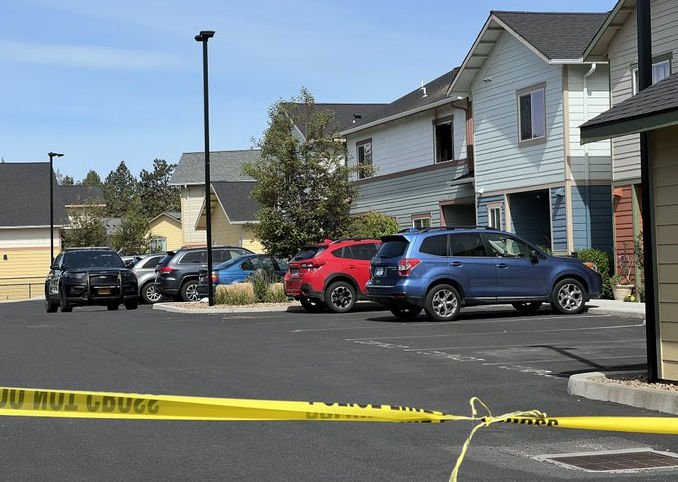 BEND, Ore. (KTVZ) – Firefighters called to a burning northeast Bend townhome early Tuesday morning found a body inside, and investigators suspect the fire was deliberately set. A person of interest was taken into custody several blocks away, police said.

They arrived to find smoke pouring from a two-story unit of a multi-unit complex and flames on the second floor, Miller said.

Firefighters entered and found a deceased adult on the first floor of the apartment, Miller said. Police detectives were called to the scene.

During the investigation into the fire’s cause, a person of interest was located several blocks away and is currently in police custody, Miller said.

An investigation in the cause of the person’s death is underway, the police spokeswoman said. The person has not been positively identified and family have not yet been notified.

Several neighbors declined formal interviews but said the occupant of the unit was a male in his 50s. One said they had seen someone leave the apartment last night.

“There are no outstanding suspects and there is no ongoing danger to the public,” Miller said in a news release.

Miller said more information in the ongoing investigation will be released when available.

Jack Hirsh was at the scene and is working to learn more and will have a full report coming up on NewsChannel 21 at 5.