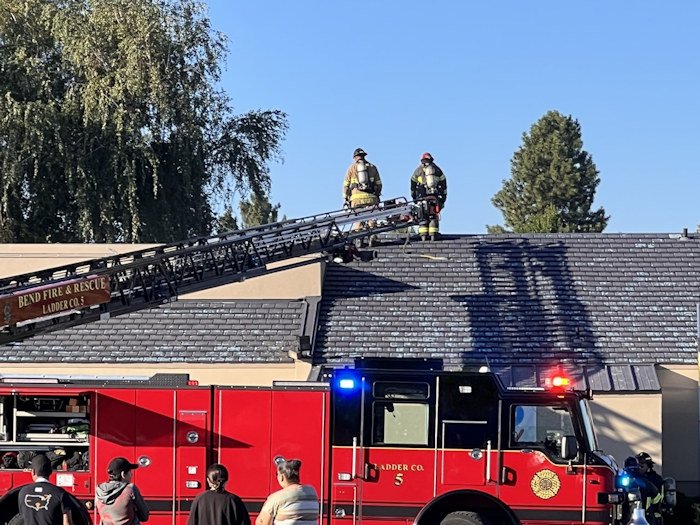 Along with business alarms going off, firefighters were called to a popular breakfast spot on a report of smoke and an electrical smell.

Pacific Power’s outage map indicated the outage began around 7:20 a.m. and that it would take until late morning to restore all service.

Bend Fire & Rescue Deputy Fire Marshal Cindy Kettering said several businesses along Third Street, including at the Bend River Promenade mall, reported a power surge when the outage hit, while “IHOP said half the lights went out, half stayed on.”

“They started smelling smoke, evacuated the building,” Kettering said. “And then all the power went out. You could definitely smell an electrical smoke odor. It smelled like it was coming from an HVAC unit, so we’re not sure if it was an HVAC or electrical problem.”

At Delish Donuts, a worker said said they had to go to cash-only service for a few hours and kept her refrigerated items in the fridge, but that the power came back on quicker than she expected.

Over at WinCo Foods, a 24/7 grocery store, the lead clerk said their generator turned on the second the power went out, so operations were not affected.

Drivers were treating the knocked-out traffic signals as four-way stops until power was restored.

Kelsey McGee’s report will be on NewsChannel 21 at Six.