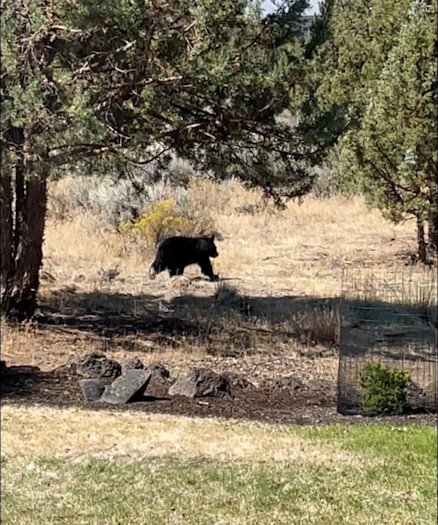 Oregon State Police game troopers and the Oregon Department of Fish and Wildlife have been advised, they added.

“Please remember to leave wildlife alone and do not approach any bear if sighted, unless it’s Smokey the Bear,” the message concluded.

Oregon is home to about 25,000 to 30,000 black bears, ODFW says in its “Living with Wildlife” page about the animals, North America’s most common bear species.

“Bears should never be allowed access to human food or garbage,” the agency said. “It habituates them to people and increases the chance of conflict. Once habituated to finding food near homes or campgrounds, bears can become a threat to human safety and must often be destroyed.”