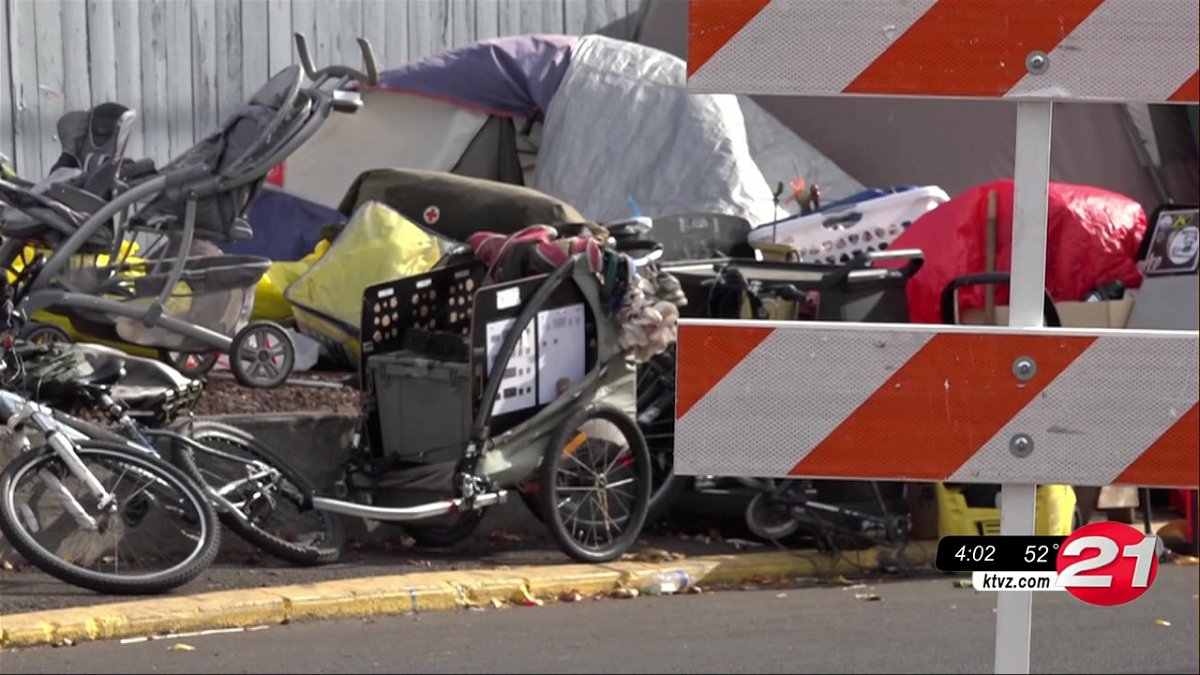 BEND, Ore. (KTVZ) — Tuesday’s cleanup of the homeless camps on Second Street in Bend has received a two-day extension.

Cheyenne Purrington, the Deschutes County/cities coordinated houseless response executive director, asked the city for it, sending service providers to the camp on Tuesday.

She said many individuals have either physical issues or medical/psychological issues like PTSD, bi-polar disorder, or schizophrenia, and are unable to simply get up and go.

“A lot of folks have multiple co-occurring disorders, and so I would consider many of the individuals living here as the most vulnerable in our community,” Purrington said. “Needing the most access to care and removal of barriers that have traditionally kept them out of systems of support.”

Purrington said she recognizes these sweeps typically don’t solve any problems for the people living there, and they often end up coming back, creating the same frustrations for local businesses.

So she doesn’t want this to be just another sweep.

“What we’re trying to do is slow things down a little bit, provide more access to support and hopefully have a debrief as a team and a coordinated effort to review the current process and make some changes that can emphasize system changes,” Purrington said.

Purrington says she thinks someone heading towards homelessness should have an option with similar structure and effectiveness of a 911 call.

“Everyone knows that number — you call when you’re in crisis, you get care really quickly, you get an intensive set of triage support when you go to a hospital, they evaluate what’s going on and they provide you with the right care,” Purrington said.

“Our community should be treating this as an emergency and applying the right support at the right doses quickly enough that it’s effective,” she added.

She notes the longer someone is homeless, the more entrenched in homelessness they become, and the more expensive it is for the community.

“Most people that experience homelessness can be helped and served very quickly,” Purrington said. “They’ve gone from being housed and having support to losing those.”

She said creating a reliable system like that in Central Oregon requires a more coordinated effort from cities, counties, police, nonprofits, local businesses and the community as a whole — a lot more resources — and is most likely a few years away.

However, Purrington said the people on Second Street she’s spoken to do want housing, and her office wants to help now with the barriers getting in the way.

“So I think there’s a lot of reason for hope, in terms of compassion and readiness to make a change,” Purrington said.

Second Street will remain closed and, with barricades up, until the cleanup is complete on Thursday.

The cleanup was approved by City Manager Eric King, after a Bend Police report compiled data and deemed the site “unsafe.”