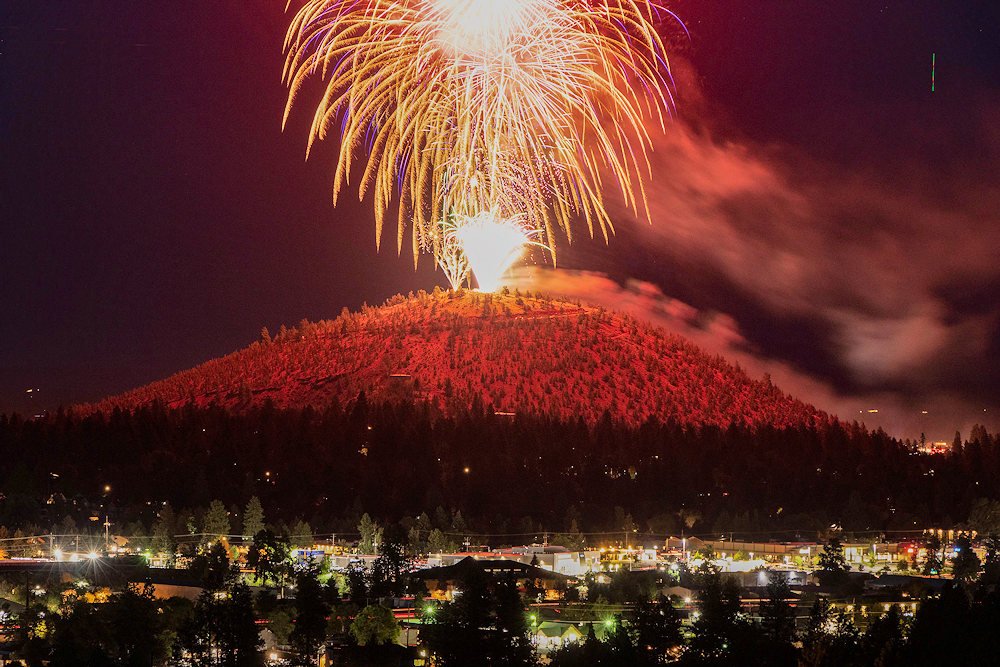 BEND, Ore. (KTVZ) – Bend’s Fourth of July fireworks show from atop Pilot Butte will blaze into the sky next Monday night, and other colorful, traditional displays are on tap around the area, despite challenges from staffing to supply-chain troubles and wildfire concerns that have prompted cancellation of some events around the West.

Bend’s ban on personal-use fireworks exempts the professionally overseen public display lit from the Pilot Butte summit, which Subaru of Bend owner Matt Thomas said Tuesday is going to be just as big or bigger than last year,” which was a step up from past shows.

“We did score a 12-inch mortar for the finale, which is going to be bad-ass,” Thomas told NewsChannel 21. “We had some 10-inchers last year.”

Thomas said the budget for the recent shows is about twice the $30,000 spent in previous years. There are three presenting sponsors who help with that cost: Hayden Homes, Hooker Creek and Empire Construction.

Because of the issues of securing fireworks, Thomas said they are “actually buying fireworks now for next year. The Chinese fireworks are so hard to get, that’s why some other are shutting down. We’re sourcing from other places,” such as Mexico City.

The Redmond fireworks show also starts around 10 p.m. at the Deschutes Fair and Expo Center, courtesy of High Desert Aggregate & Paving. And the La Pine Frontier Days fireworks show is planned in the meadow west of Highway 97.

The Prineville Chamber’s fireworks show will launch from their traditional spot, the Ochoco Viewpoint, and the Madras Fourth of July display, courtesy of “Mr. Sparkler” Mike Ahern, goes off from the high school baseball field, according to the Madras-Jefferson County Chamber of Commerce.