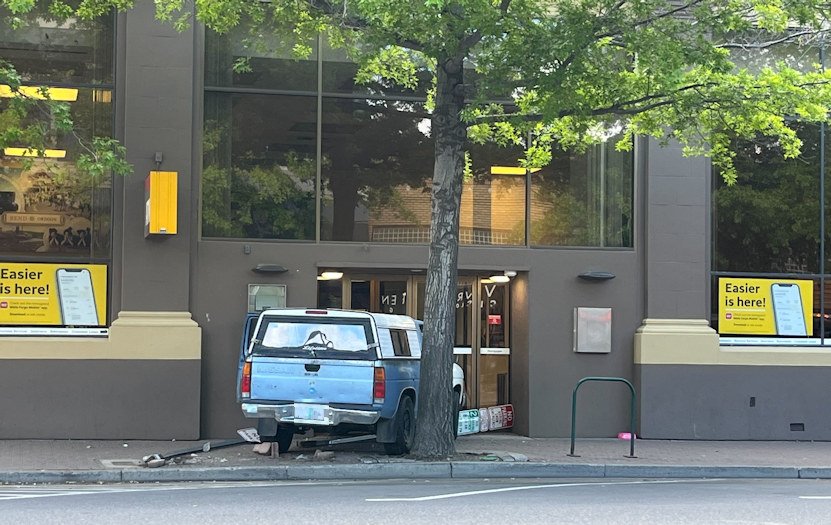 BEND, Ore. (KTVZ) – A 35-year-old Bend woman who crashed her pickup into the front of a downtown Bend bank Thursday morning was arrested on a charge of drunken driving, police said.

Police were called around 8:40 a.m. to the reported crash into Wells Fargo Bank, in the 900 block of Northwest Wall Street, police Communications Manager Sheila Miller said.

Officers found the Nissan pickup had crashed into the building, causing minor damage to the building’s wall and front doors, Miller said.

The driver, who was alone in the pickup, was taken to St. Charles Bend for treatment of minor injuries and arrested on suspicion of DUII-alcohol, she said.

Bend Fire & Rescue evaluated the building to ensure there was no structural damage, Miller said. A city parking sign also was toppled during the crash.

Court records show the woman pleaded no contest to a misdemeanor DUII charge in 2013 and was sentenced to a diversion program, including alcohol treatment and a victim impact panel, and ordered not to drive after consuming alcohol.