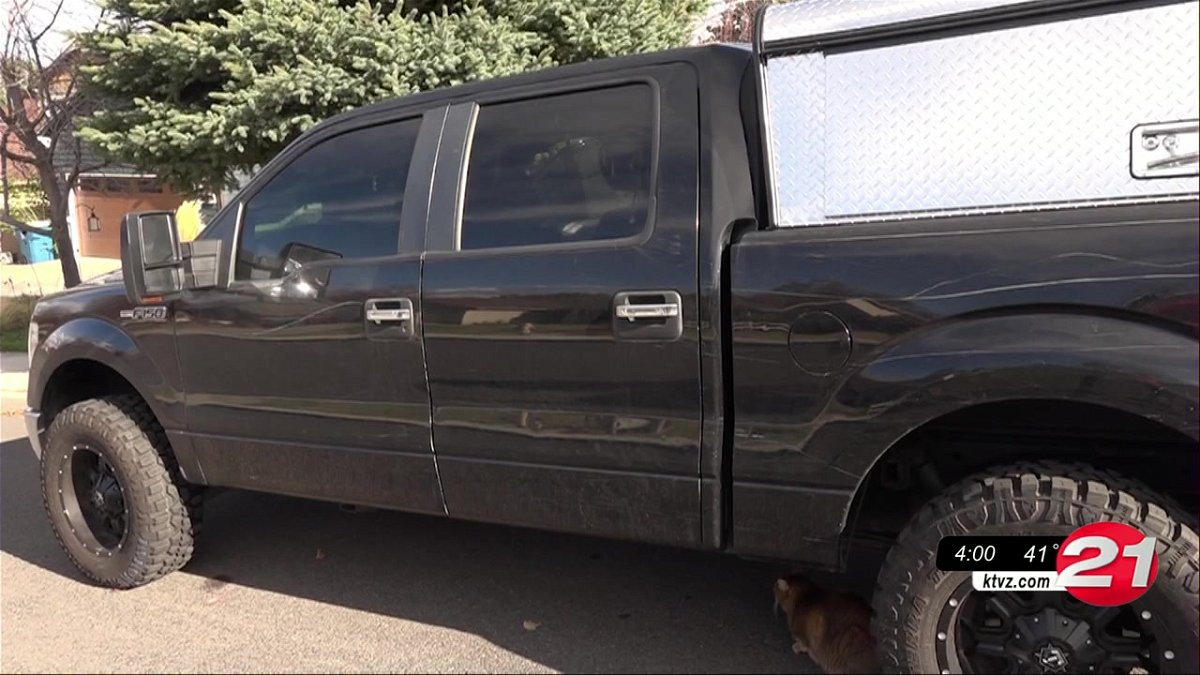 BEND, Ore. (KTVZ) — Vehicle thefts and break-ins in Bend are keeping police busy, and have many victims dealing with the aftermath.

Ashley Kercher and her husband had their new Ford F-150 for just five days before it was stolen in downtown Bend.

“So we had just bought the truck, and lost the truck,” Kercher said Monday. “It was just shock, really.”

Her husband was at McMenamin’s with a friend, with his car keys on the table.

He came back from a game of pool and the keys were gone, along with the truck.

Six days later, it was found — in Salem.

After the pickup was found, it was delivered back to their home in Redmond, but it was nothing close to the same.

Kercher described some of the damage.

“And then they ripped out the stereo there … The whole thing squeaks and creeks … we’re assuming the frame is bent, the back tailgate handle doesn’t work, we also found water inside the frame of the car,” Kercher said.

“There’s no choice on whether it’s totaled, based on the amount that needs to be repaired.”

In October, Bend Police received 22 reports of a stolen vehicle, and 21 of car break ins.

“I’ve never had a vehicle stolen,” Kercher said. “I’ve never even had a bike stolen, so it was just like, ‘What do you do?’”

Bend Police Communications Manager Sheila Miller said if your car is stolen or broken into, you should contact police.

“You should call us — either call non-emergency dispatch, or we recommend that you use bendpolicereports.com,” Miller said.

A Bend man and a Salem woman have been arrested for a series of car thefts and break-ins over the past few weeks, police said Friday as they asked the public for any information about other possible victims.

A few weeks ago, another Bend woman had her car broken into while returning from vacation,

Her luggage, paperwork and child’s clothing were taken.

It’s still under investigation how many of these thefts and break-ins are connected to these two suspects.

As for Kercher, she and her husband now say they have to battle with their insurance.

“We’re just proving the value as of right now, but until then, it’s going to sit here, unusable,” Kercher said.

Bend Police also want to remind everyone to always lock your car, and know where your keys are.

They also point out the in the winter, the number of cars stolen increases, as drivers leave them running in an effort to warm them up in the morning.