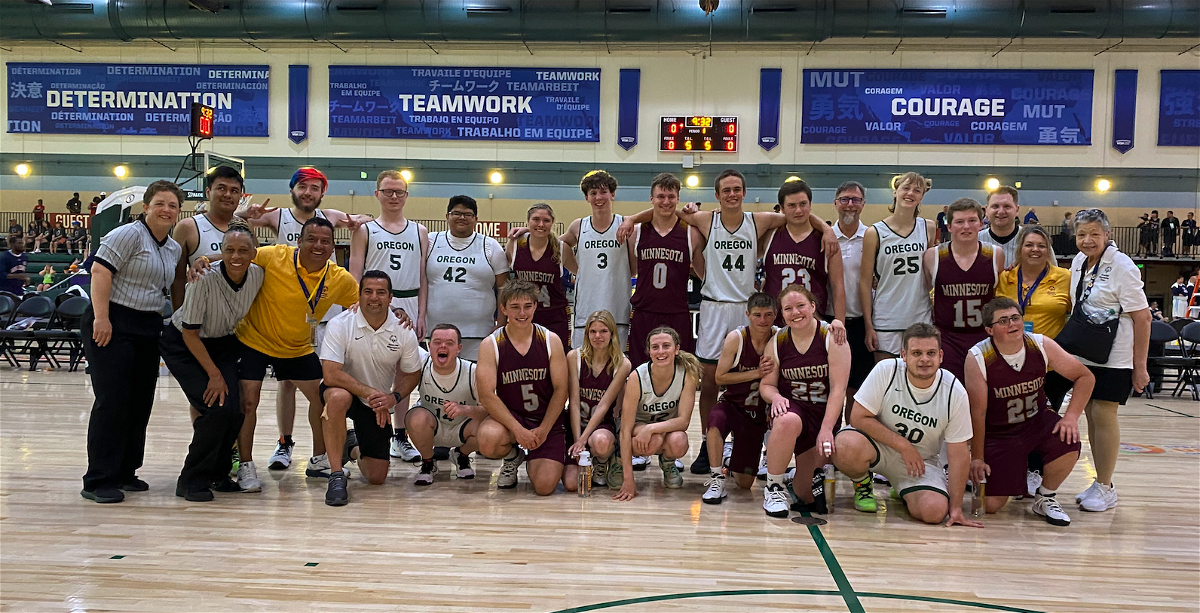 The team has been training twice a week to prepare for the big trip.

Unified sports are recognized as part of the OSAA State Tournament, and combine Special Olympic athletes with those who don’t have intellectual disabilities.

The Lava Bears won the state title earlier this year and were one of the two teams chosen to compete at the national event. It’s a team of 10 — six players and four partners.

So far, they are doing quite well. In fact, on Friday, they will be playing for either a silver or gold medal.

Cameron Walker’s mother, Joy Walker, said, “By the time we got here — he’s beyond excited! And to watch him gain so much independence over the last week, and not need me every minute of every day — that’s really, I think, the biggest win, as his mom to be able to witness that,”

NewsChannel 21’s Kelsey McGee is speaking with parents, the head coach and some of the Lava Bears about how the special competition is going. Her report will be on NewsChannel 21 at five.