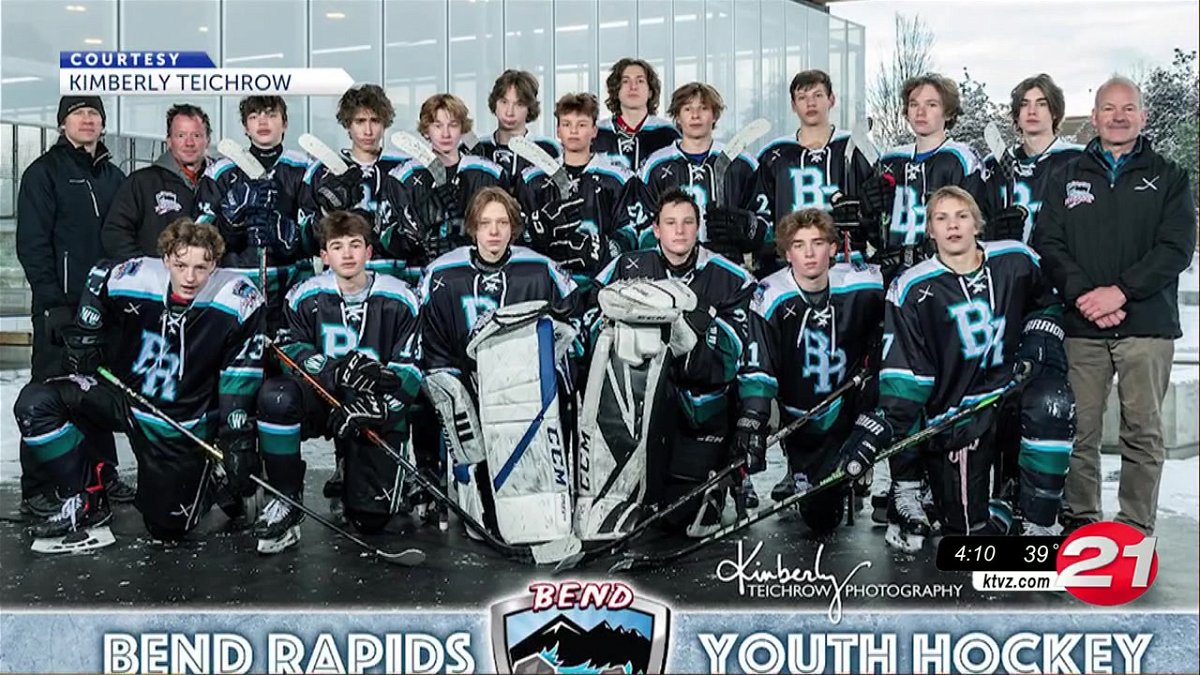 ‘The talent has been here for several years, and now it’s go time.’

BEND, Ore. (KTVZ) — In its first home series of the season, the Bend Rapids 16U AA team swept the Seattle Juniors with 11-1 and 5-3 wins at the Bend Pavilion this weekend.

The team is competing in Tier II, the highest youth ice hockey level, for the first time in Central Oregon history.

Head Coach Jason Domitrovic said Monday that getting a team to this level of competition with the Rapids was a long time coming.

“Having high-level hockey here in Central Oregon is something that we must have, and we have to continue to grow it and develop it, “ Domitrovic said. “The talent has been here for several years, and now it’s go time. It needs to continue to stay at a AA or AAA level here on out.”

Domitrovic says this league is the first time the kids are playing full-check hockey, and it was a rough adjustment.

But he said they’re starting to find their confidence.

“We have completely turned the tide from losing games and tying, to now winning here this weekend 11-1 and 5-3, which is a big, substantial improvement,” Domitrovic said.

The 16U team is filled with mostly Bend athletes, with a few from Portland, Sisters and Southern Oregon.

The team qualified for the National Championship in March, and will represent the entire state of Oregon.

“So for us to do this here in Bend is a huge growth, not only for our organization but for the state as a whole,” Olson said. “To really show a path of development for these players, to have them realize they can stay home, play at home, still play competitively and play on a huge stage, and have a ton of opportunities because of it.”

Bend’s had a number of highly skilled ice hockey players start here, but most have moved to other states with elite-level teams.

Now, local high end players can compete on a national stage, while staying at home.

The team plays this weekend in Boise, and hopes to stay hot after their big weekend at home.

Olson said the goal is to keep expanding, and eventually have 14U, 16U and 18U Tier II teams.