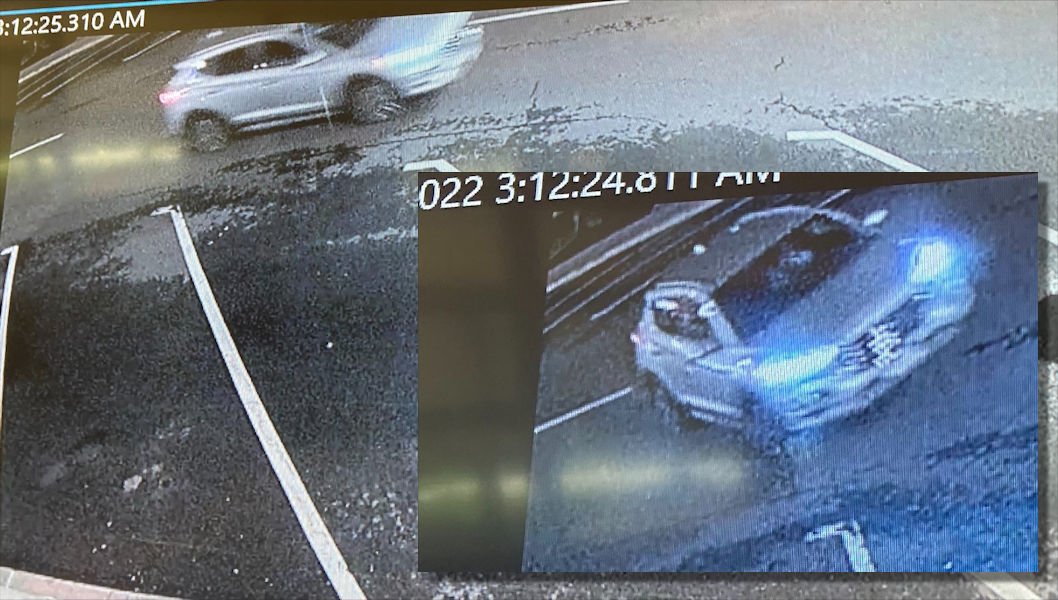 BEND, Ore. (KTVZ) – Bend police asked the public for help Monday as they seek to find an SUV driver who failed to stop after an alleged hit-and-run incident downtown that left a woman with minor injuries.

An investigation showed a 27-year-old Bend woman was crossing Bond Street outside of a crosswalk when a white or silver SUV heading north on Bond Street swerved and brushed the woman, Miller said. The victim and witnesses said the SUV had swerved toward her and accelerated. The SUV brushed her right leg and hop, causing her to fall and sustain minor injuries.

The driver did not stop, and police, along with other law enforcement agencies, tried to find the vehicle but were unsuccessful.

Police also gathered surveillance video from several nearby locations, but the license plate was not visible due to the videos’ quality, Miller said. She added that  the information and photos were released Monday because police had “exhausted all leads” to find the driver.

The vehicle was described as a white or silver four-door SUV, possibly an Audi Q5 or Q7, Hyundai Tucson or Kia Sportage. Miller said it might have some damage to its passenger-side hood, body or mirror.

Anyone with information about the collision or the suspect vehicle was asked to contact Bend Police through the county’s non-emergency dispatch line at 541-693-6911.