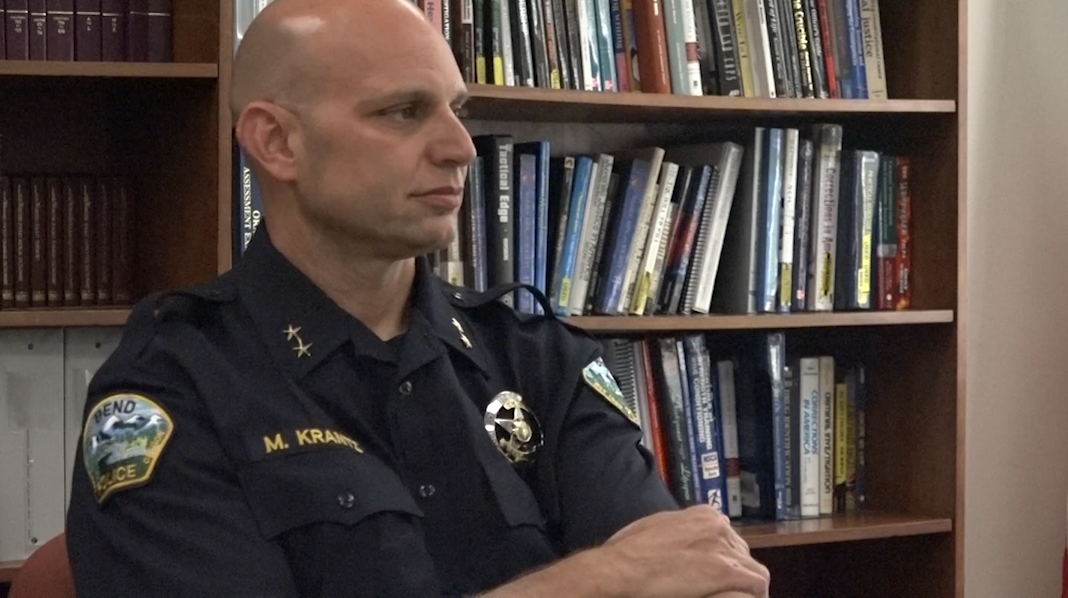 Was paused during COVID, since Jim Porter’s departure

BEND, Ore. (KTVZ) – Bend Police Chief Mike Krantz announced Thursday he’s appointed the 19 members of the revived Police Chief’s Advisory Council, which had been paused during the COVID pandemic and since the changeover from Krantz’s predecessor as chief, Jim Porter.

The mission remains the same as before, “to help educate the public about what law enforcement does, and to help law enforcement understand community concerns,” Bend Police Communications Manager Sheila Miller said.

Here’s the rest of the announcement, and the list of council members:

Over the past 18 years, the Police Chief’s Advisory Council has served as an engagement and communication tool for creating and maintaining relationships with the community.

Chief Krantz and a team of City of Bend employees considered 64 applications and selected 19 members to join the advisory council. Those interested were required to fill out an application and complete a limited volunteer background check.

As members of the PCAC, they will be expected to conduct a ridealong with an officer, participate in the Community Academy, and attend 90-minute monthly meetings that will focus on community problem solving. They may also observe some police training and create an annual outcome plan for the Advisory Council. Members will serve as community contacts.

Members will typically serve a two-year term and the application process will be reopened annually to include additional voices on the advisory council.

“I appreciate these 19 community members’ willingness to volunteer to be a part of the Police Chief’s Advisory Council,” Chief Krantz said. “I value our community’s thoughts, opinions and concerns and expect this group will help us better serve the community.”

Chief Krantz said he sought a diverse group of members to reflect the Bend community, and the new members of the Police Chief’s Advisory Council range in age from 29 to 79 and hail from all quadrants of the City of Bend. They are: