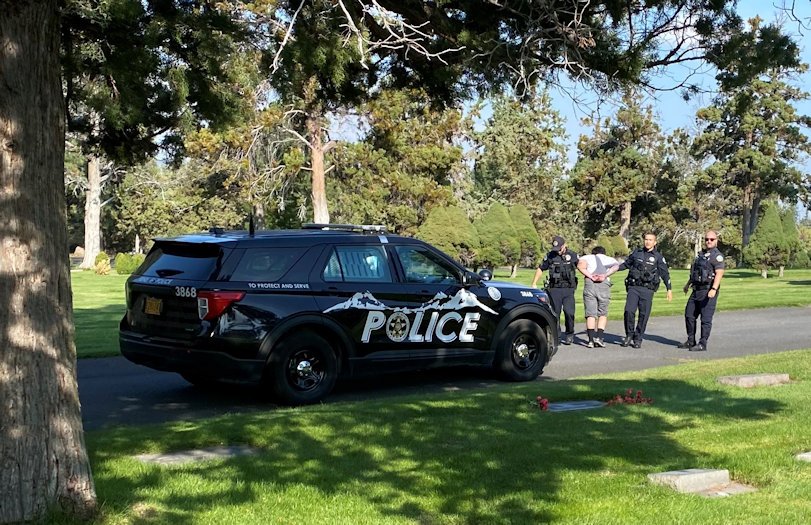 Shortly before 10 a.m., a Bend officer spotted a vehicle associated with the 36-year-old man, who had used a false name in a traffic stop last August, Bend police Communications Manager Sheila Miller said.

When the officer recognized the vehicle, he tried to catch up to it to make a traffic stop, Miller said. But by the time the officer arrived, he found the vehicle abandoned by the side of the road.

The suspect ran from the vehicle toward the city-owned cemetery on Northeast 12th Street. Miller said officers apprehended the man after a short pursuit in the cemetery.

Officers were helped by community members who reported seeing a suspicious man running in the area, Miller said.

The suspect was taken to the Deschutes County Jail and lodged on the out-of-state warrant and a new charge of third-degree escape.

The man was being held on charges including grand theft, burglary, methamphetamine possession and resisting and obstructing an officer when he walked away from a work-release center in Idaho Falls in May of 2021.