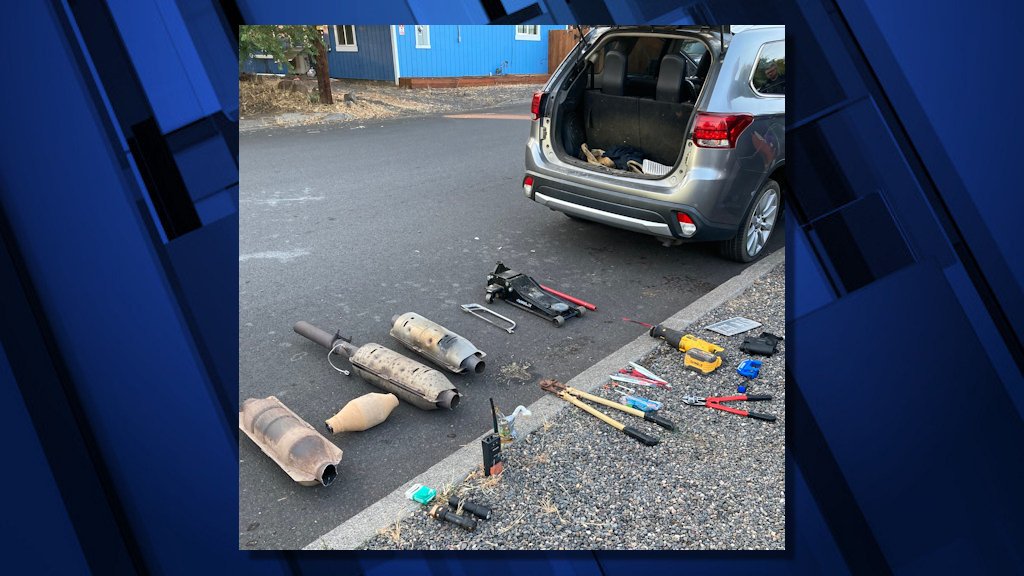 BEND, Ore. (KTVZ) – Bend police have arrested a California man in the recent theft of four catalytic converters and are asking the public for help in identifying the victims so the devices can be returned.

As officers spoke to the man, they spotted two catalytic converters in the back seat of his SUV, she said.

During a pat-down, officers found two grams of methamphetamine, pliers and four blades to a Sawzall (a small, hand-held battery-operated saw) in his pants pockets, and a Sawzall, pliers, clamps, bolt-cutters and binoculars on the front passenger seat. They also found a floor jack in the back of the vehicle, Miller said.

Police executed a search warrant on the SUV and recovered four catalytic converters in total, as well as the tools used to steal them.

The suspect was taken to the Deschutes County Jail on charges of first-degree theft, first-degree criminal mischief, meth possession and providing false information to police.