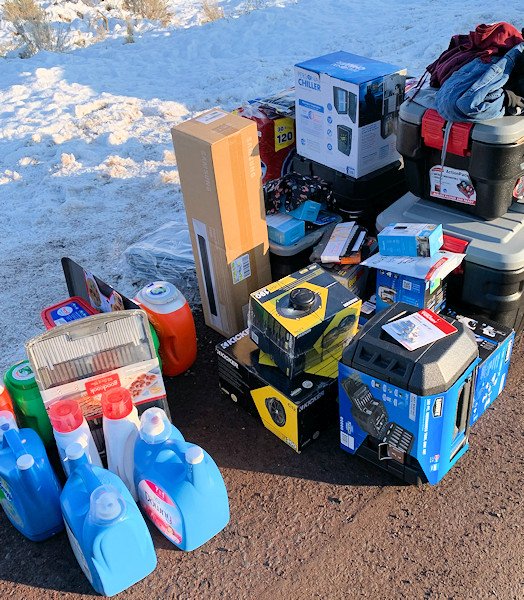 They also are believed to have made a similar shoplifting attempt at WinCo Foods, police said.

Loss-prevention officers at the store said two customers wheeled two full shopping carts out of the store without paying and were loading the merchandise into a white pickup truck with a brown tarp on the back, Miller said.

The vehicle and suspect descriptions matched a previous theft at WinCo Foods, in which a woman tried to wheel out a shopping cart full of merchandise before being caught. Miller said.

Within 15 minutes of being called to Walmart, officers stopped the pickup at Robal Road and U.S. Highway 20 and arrested two Warm Springs women, ages 34 and 32, and a 32-year-old Warm Springs man.

One of the women was driving, the other was a passenger and the man was hiding beneath some of the merchandise in the back of the pickup, Miller said.

All three suspects were booked into the Deschutes County Jail on theft and criminal conspiracy charges, while one also was charged with driving with a suspended or revoked license.

When officers returned the merchandise to Walmart, it totaled $2,547.59, Miller said.