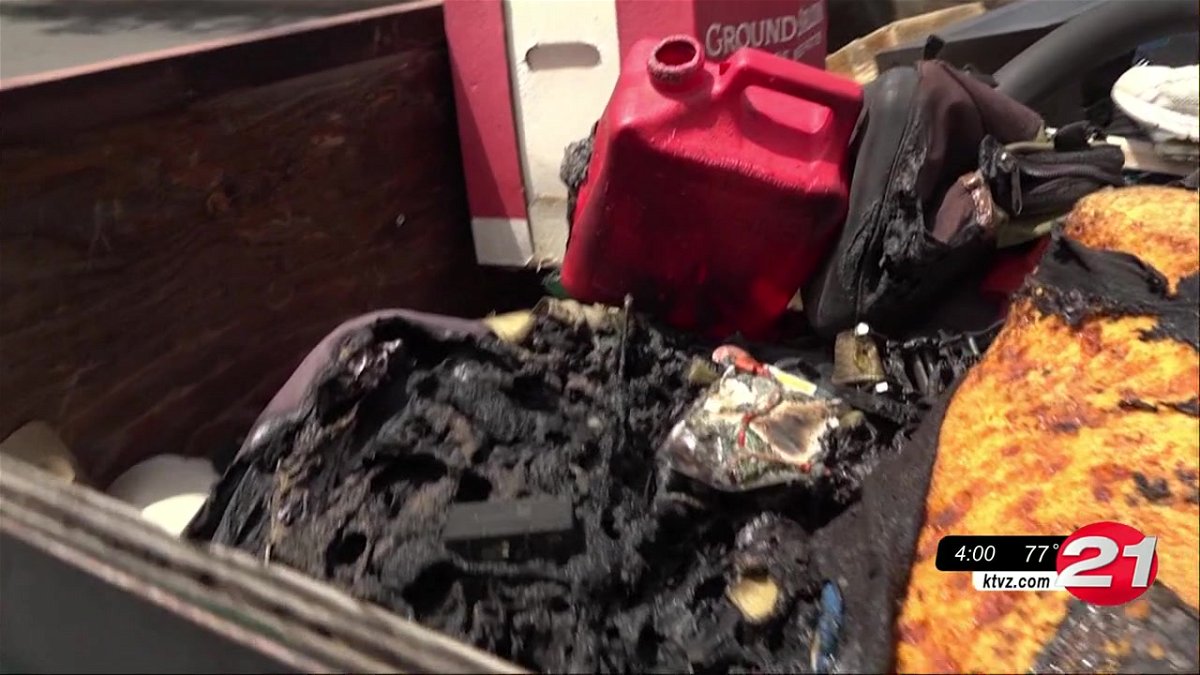 BEND, Ore. (KTVZ) — Police arrested a 38-year-old Bend man Wednesday as they investigate a reckless burning incident outside a northeast Bend home, as well as a report of a person siphoning gas from a vehicle.

A trailer, filled mostly with trash, was on fire on Red Rock Lane around 11 a.m. Wednesday.

The owner of the trailer, who chose to remain anonymous, told NewsChannel 21 she saw the man she believes started the fire.

She said the man put a few items in the trailer, which then caught on fire.

She’s unsure of whether that was on purpose or not.

However, she says the man then put a can of gasoline in the already-lit trailer.

She says neighbors put out the fire as quickly as they could, then called police.

The trailer owner pulled out what looks like a phone and a few other burned items she said are not hers.

She said she has no idea who the man is, but her son saw this white truck pull out of the side yard of a neighboring house earlier in the day.

After the fire started and police were called, she said the man drove away, eventually coming back to the house and parking in the driveway.

Neighbors said he got out of his car, ran through the yard and got away.

Police spokeswoman Sheila Miller said they used Deschutes County sheriff’s K-9 Ronin and a drone as they searched an accessory dwelling unit in the backyard of a home which was found with the door open.

Police said around noon, a woman found the man hiding under a car and drove him to St. Charles Bend.

Police said around 2 p.m., they received a call about the man hiding under a car again, this time in the Pinewood Apartments parking lot on Lotus Drive.

Police eventually found him hiding under another car, near Pilot Butte Middle School, which prompted a school lockout for about 25 minutes. He was taken into custody without incident or injury, Miller said.

Bend Police would like to remind the community that if you observe something suspicious, such as someone hiding under your vehicle, to please contact 911.