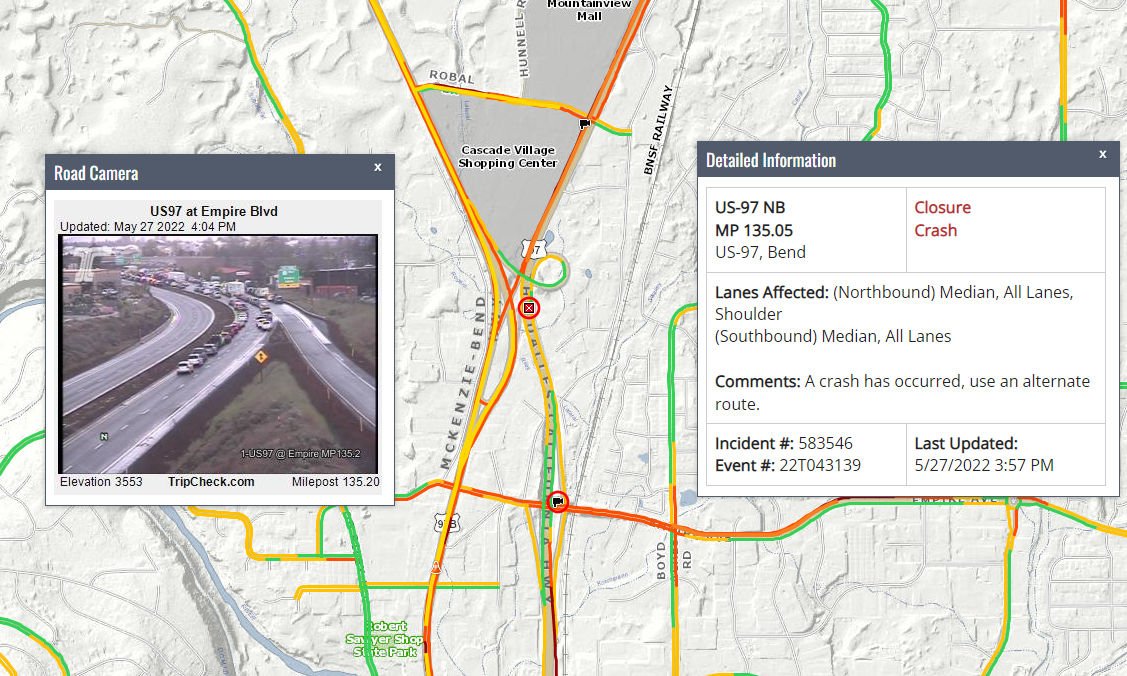 Other crashes reported in region on rainy start to weekend

The crash was reported around 3:40 p.m. in the area of milepost 135, near the Highway 20 “loop” offramp, ODOT TripCheck indicated.

ODOT had advised to expect delays and use an alternate route. Check TripCheck for updates here.

It was one of several crashes reported, including two in the Redmond area, as the Memorial Day weekend travel period began amid rainfall over much of the region.