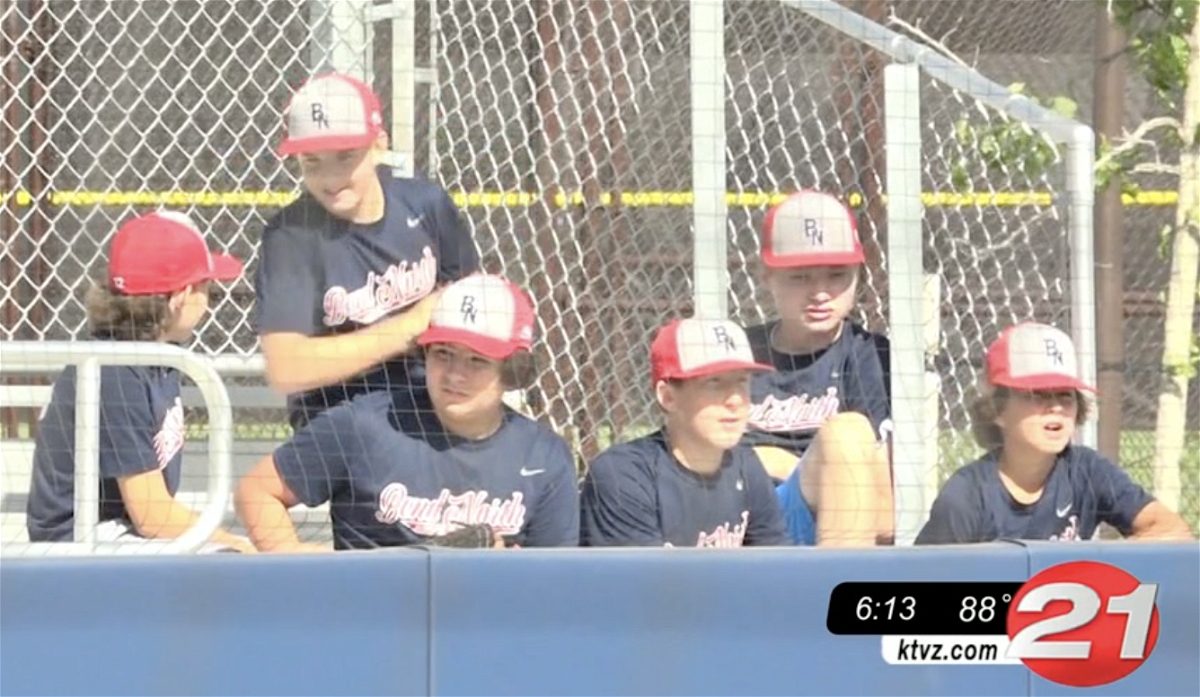 BEND, Ore. (KTVZ) — For the first time in their history the Bend North Little League teams are in both the Junior and 12-and-under Little League Regionals.

The Junior team, made up of 13- and 14-year-olds, is hosting the Junior West Regional baseball tournament this week at Caldera High School, while the 12-U team is playing this weekend in the Little League regionals in Southern California.

Despite the waves the teams are making, if you ask the Junior players, they are still underdogs.

“I feel like coming in to this tournament we are big underdogs,” Kassius Owens, a catcher for the team, said Friday. “We didn’t get to play the state tournament, so I don’t think we’ve shown what we can do yet.”

It’s a double elimination-style tournament. North Bend will need to win at least four games in the next week to be crowned regional champions.

“It would mean a lot to win,” Bend North third baseman Aiden Riley said. “I will be playing high school next year, so this is my last year playing Little League, but to go out like this, even playing Regionals is amazing.”

It will be a last ride for 20-year Coach Brad Giesking.

“Retirement is here,” Giesking told NewsChannel 21. “This is my last year of coaching.”

That the games will be played at Caldera High School also is noteworthy.

“Caldera is brand new, and we are one of the first ones to play on these fields in Bend,” Giesking said. “This is what a Regional should look like.”

It’s the first time since 2019 the tournament has been played. Kevin Sullivan, a Junior Regional umpire evaluator, told NewsChannel 21 what a success would look like.

“A successful tournament is that everyone had fun and they get to meet players from other states,” Sullivan said. “Our goal is that we create relationships. People will walk away from this with new friends from different states.”

“We went out on the river to see the sights,” Siwabessy said. “Oregon’s a really beautiful place — I would come visit here again.”