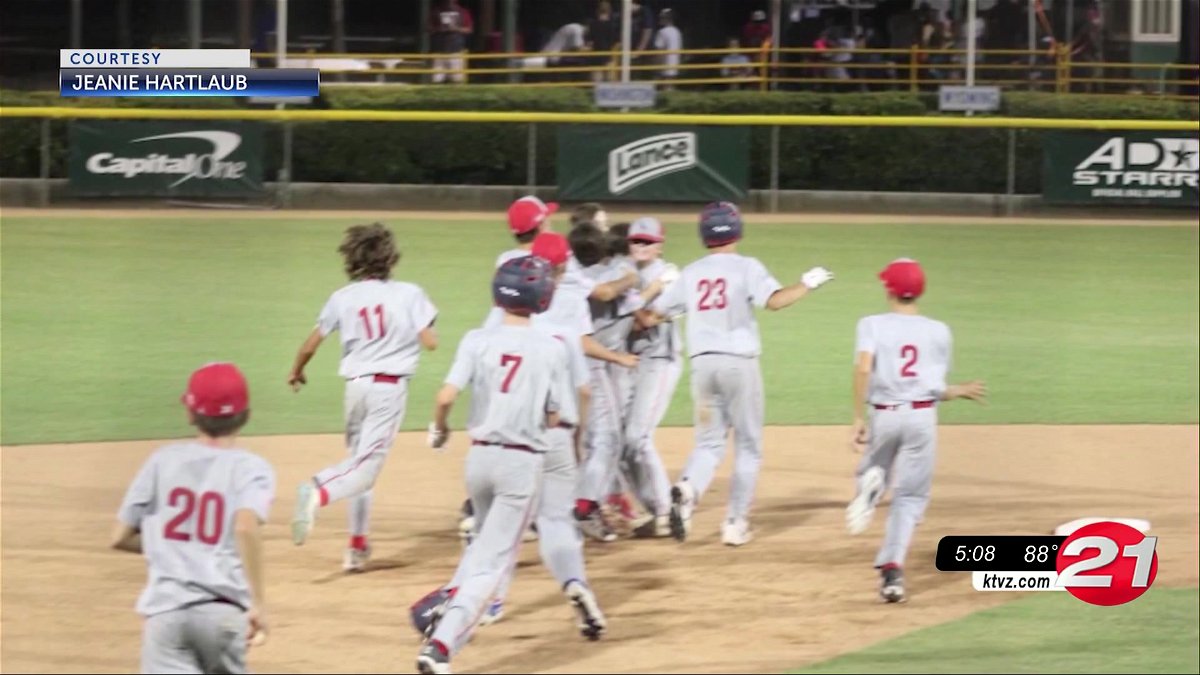 Brett Hartlaub, the manager for the 12s Bend North All Stars, said his team relished the opportunity.

“We’re having a lot of fun — it’s an amazing experience,” Hartlaub said.

Hartlaub and the rest of the 12s Bend North All Stars Baseball team have been in San Bernardino for almost a week, competing in the NorthWest Regional Finals.

“What we’ve already experienced is a dream in itself, to even get this far was well beyond what … it was always our goal, but at the same time, goals and expectations can be a little bit different,” Hartlaub said. “We are feeling really really good.”

The state champion team beat Idaho (Lewiston) in a 4-3 come from behind win on Wednesday.

“We were down 3-1, and just started chipping away, a couple guys behind me with some real key hits and got it done,” Hartlaub said

The win put them in the championship game, a rematch against rival Washington (Bonney Lake), who beat Bend 10-1 in the first game of the tournament.

“We weren’t surprised when we opened up with them and were not surprised that’s who we have to close out to get to the next level,” Hartlaub said of the Washington team.

A win would send the team to the Little League World Series in Williamsport, PA.

“Just the chemistry I guess,” Stefano said. “This is like the best team I’ve ever had in a while.”

Regardless of the result, Coach Hartlaub said he’s immensely proud of his team.

‘I just at times I still have that wake up here every morning going wow, we’re at the west coast regional — we really did this, we really are state champions, we really do have a shot at the little league world series and, it’s been a lot of that,” Hartlaub said. “Can’t put into words how proud I am of these boys.”