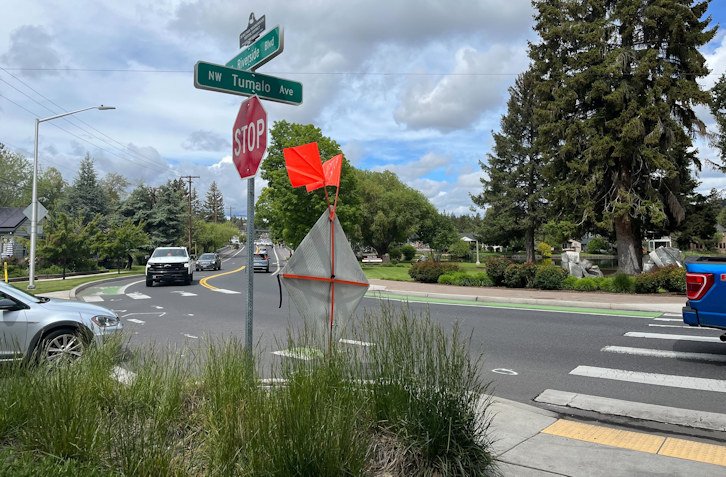 Officers arrived to find community members performing CPR on the rider, Miller said, after a crash that left the motorcycle, a 2021 Kawasaki Ninja, partially atop the victim.

Officers continued CPR until medics arrived and took over, but the motorcyclist died at the scene.

A witness told officers the motorcyclist was traveling east on Galveston Avenue at a high rate of speed when he failed to negotiate the corner onto Riverside Boulevard and crashed, Miller said. She also confirmed the rider was wearing a helmet at the time of the crash

A Bend Police crash reconstruction team responded to investigate the crash. Riverside Boulevard was closed from Idaho Avenue to Riverfront Street, with assistance from the city’s Streets and Operations Division. The road reopened at 6 a.m., Miller said, and the investigation is ongoing.