Bend man arrested, accused of threatening to kill another man with bow and arrow 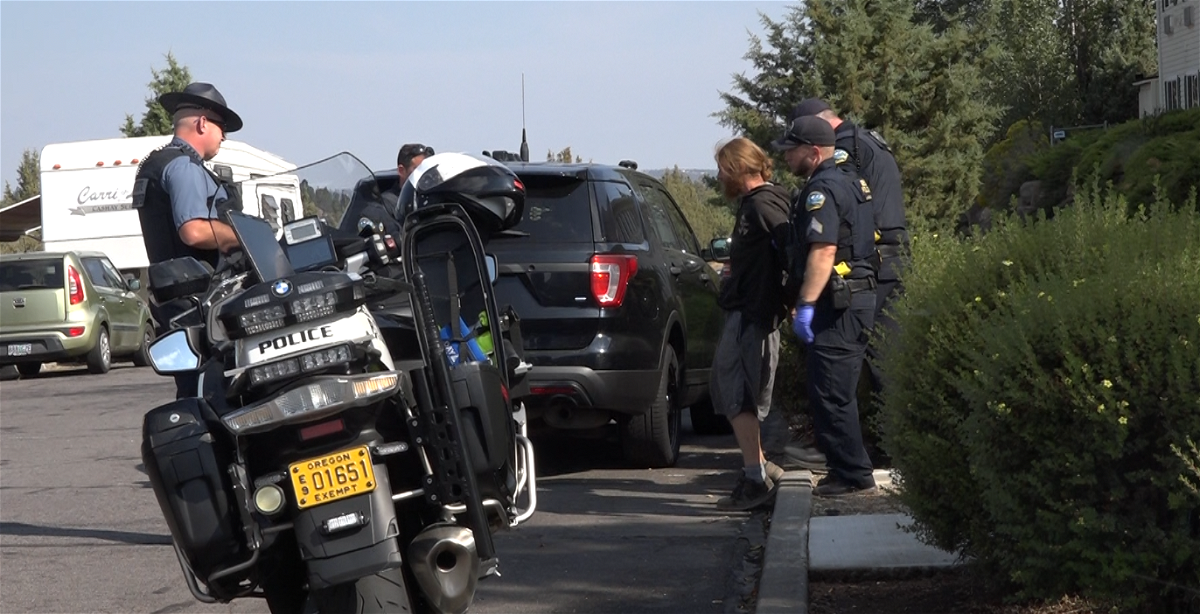 BEND, Ore. (KTVZ) – An argument between two men at a Bend homeless camp turned hostile in unusual fashion Thursday morning when police said a 36-year old man got and pointed his bow and arrow, threatening to kill the other man.

The offender and resident of a homeless camp on Bend’s north end was arrested on charges of menacing, unlawful use of a weapon and second-degree disorderly conduct and taken to the Deschutes County Jail.

“This is obviously a little unique — we don’t get a ton of weapon offenses, but when we do, they’re not often a bow and arrow,” Miller said.

Police said people camping in the area of Clausen Road reported shortly before 10:30 a.m. that the two men had been arguing, when the suspect went back to his tent for the bow and arrow, returned to the scene of the dispute and pointed the weapon at the other man, then returned to his encampment.

Although this incident is very specific, Bend PD said it’s used to getting various calls in that area.

Police say the offender never released the arrow and no one was injured.

The post Bend man arrested, accused of threatening to kill another man with bow and arrow appeared first on KTVZ.