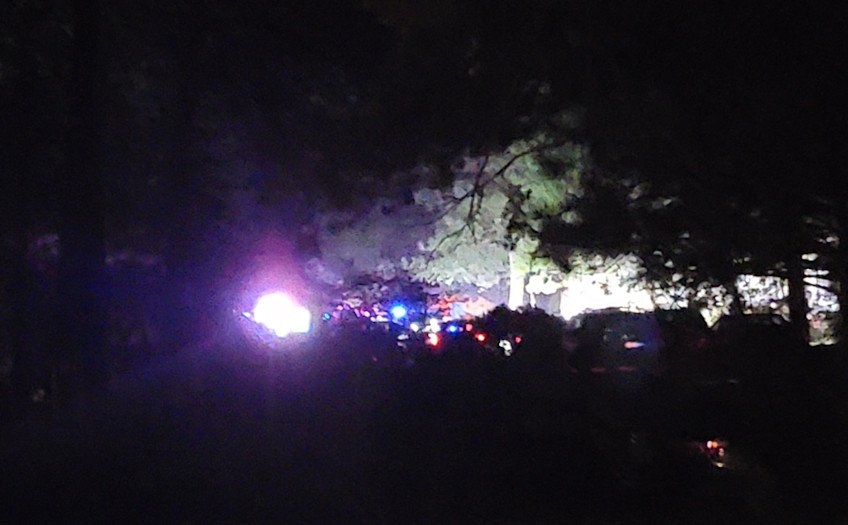 BEND, Ore. (KTVZ) – A Bend man armed with a flare gun and refusing to leave a southwest Bend home Saturday night also would not let someone else leave, prompting a standoff, SWAT team call-out and the alleged hostage’s escape before the man surrendered to negotiators, police said.

Officers were called shortly before 9 p.m. to a home in the 60000 block of Alpine Drive on a report of an unwanted subject, police Communications Manager Sheila Miller said.

The 36-year-old man reportedly was refusing to leave the home and was armed with a flare gun and threatening to shoot himself with it. Miller said the man had been at the house earlier Saturday night and was asked to leave, but returned and forced his way inside.

When officers arrived, two people were allowed to leave the home, but the man allegedly refused to let a third person leave, she said.

The man repeatedly refused to leave the home or let the other person leave, prompting activation of the Central Oregon Emergency Response Team, which arrived shortly before 10 p.m.

The alleged hostage managed to escape the home about 30 minutes later, while the man was using the bathroom, Miller said.

With the man now alone in the home, CERT negotiators were able to convince him to come out around 10:45 p.m. and he was taken into custody without further incident.

The man was booked into the Deschutes County Jail on charges of first-degree kidnapping, first-degree burglary and an outstanding felony in-state warrant.

Bend Police thanked the Deschutes County Sheriff’s Office for its help, providing a K-9 team during the incident.