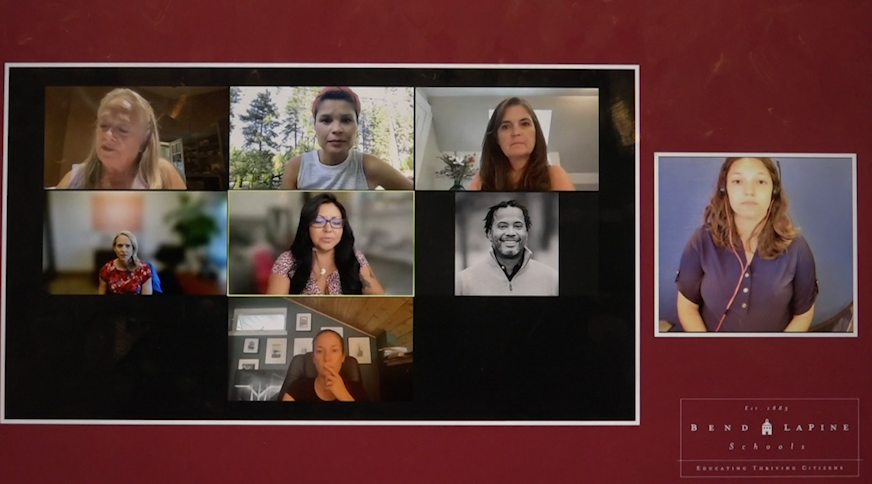 (Update: Board votes unanimously to send measure to voters, adding video and comments )

Oldest Bend Senior High buildings, built in mid-1950s, would be demolished and replaced

Superintendent Steve Cook asked the board to approve the staff recommendation and send the bond measure to voters.

Board Chair Melissa Barnes Dholakia entertained a motion and colleague Janet Llerandi Gonzalez moved to authorize the district to have the bond levy for the projects to be put on the November ballot. Fellow board member Amy Tatom seconded the motion, which passed unanimously by a roll call vote.

It was passed quickly and without debate after a presentation on the projects at their last meeting.

Cook told the board he was unaware of any other money measures on the fall ballot in the district, which can be a factor when voters face competing requests.

The school district’s Sites and Facilities Committee recently identified 437 projects and working with staff narrowed the group to 87 priority projects in the final recommendation, Cook said in a report to the board.

“It is important to note that these funds could be generated without increasing the current property tax levy amount,” he added.

The amount for this proposal is actually less than the $268 million bond measure that voters approved in the spring of 2017, which funded the construction of Caldera High School in southeast Bend, among many other projects to improve safety, access and relieve crowding.

That bond also directed $10 million to the first phase of a Bend Senior High School master plan, including construction of a two-story building that opened on the campus last fall that housed a large multi-purpose room and four new classrooms. The facility was named for Medal of Honor recipient Robert D. Maxwell, a long-time automotive teacher at the school.

The biggest chunk of the $249.7 million list of school projects proposed in the current bond is about $178 million to demolish Bend High’s oldest buildings, nearly 70 years old, and build modern replacements, along with required site improvements.