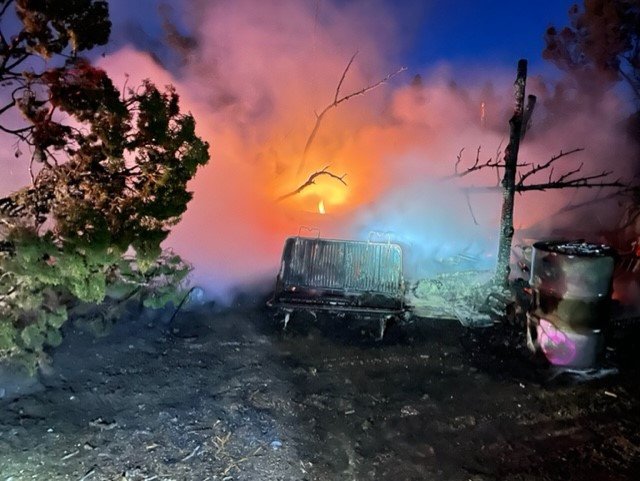 Bend Fire & Rescue and Deschutes County sheriff’s deputies responded to the report of a structure fire around 4:40 p.m., said Fire Inspector Jason Kamperman. Deputies were first on scene and helped direct fire crews into the scene, finding a 20-by-25 foot fire with 30-foot flames that were close to an occupied camp, he said.

Three fire units quickly put out the fire before it could reach nearby camp trailers and more juniper trees, Kamperman said.

The occupants said he was building a fire and went to a nearby camp for more material to burn, returning to find the fire was spreading out of control to the attached shelter. Kamperman said investigators found the campfire spread to highly flammable materials in the attached shelter and continued into surrounding vegetation.

“It was determined that the fire was unintentional but did not meet the BF&R regulations and recommendations,” Kamperman wrote.

Yes, someone was pulled over with this on their windshield

Yes, someone was pulled over with this on their windshield