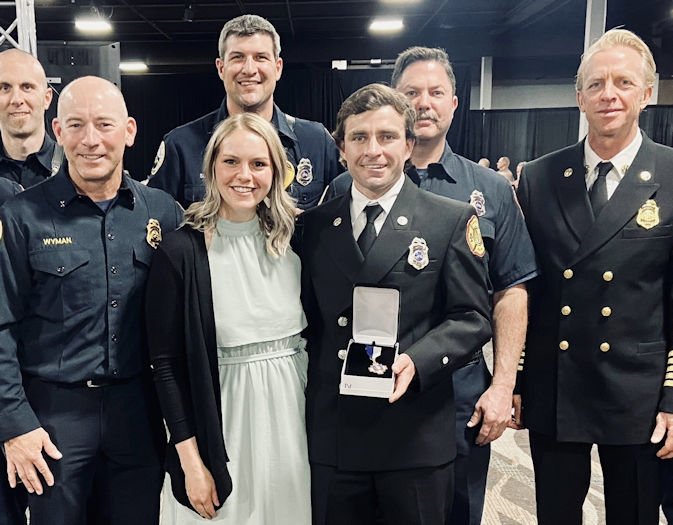 This award is given to a fire service professional who selflessly carried out their duties despite being faced with danger or adversity.

Hopper was driving by a house near Prineville when he saw smoke coming from a house and was flagged down by a neighbor, officials said. Hopper was told there was a fire — and a woman was trapped in the house.

Hopper quickly ran into the smoke-filled house, lifted the woman from her bed to her wheelchair and quickly got her out of the home. Due to his actions, the woman did not suffer any smoke-related or other injuries, officials said.

Crook County Fire & Rescue arrived shortly after the rescue, extinguishing the fire, which was isolated to the garage.

“We are very proud of firefighter Hopper’s quick actions that may have saved this women’s life,” said Bend Fire Chief Todd Riley. “This Distinguished Conduct Award is well-deserved.”