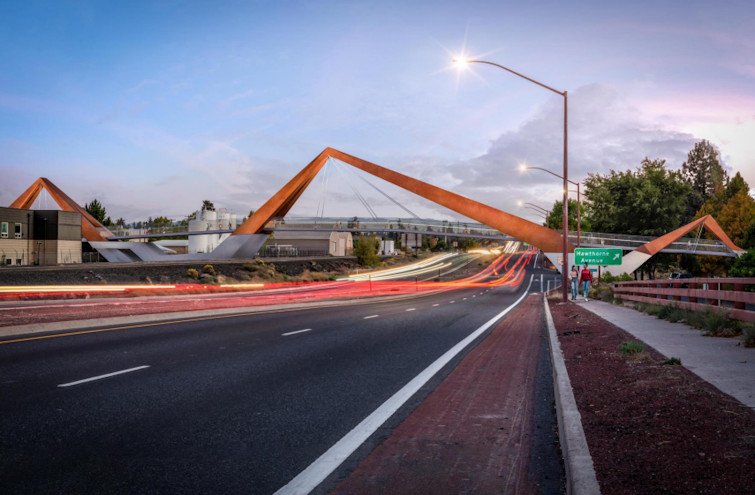 There are millions of bond and other dollars to devote to the projects, but they will need millions more to fund all three to make them more inviting and safer for all, including cyclists and pedestrians.

After receiving the staff presentation (see below), councilors agreed to their recommendation for a “quick build” pilot project of safety improvements on Greenwood in the next couple years, in part for a safer route to detour traffic while a project happens on Franklin Avenue in following years.

Federal and state grants are being sought to fill in the funding gaps, but with only concept-map options and renderings so far, and a mix of opinions from two advisory committees, there are a lot of decisions down the road. Factors include stormwater improvements and discussions with the railroad that can complicate matters.

Staff will be back before the council – a new, post-election council – in February with an update on grant funding for the Midtown Crossings projects.

Mayor Pro Tem Anthony Boardman and colleagues assured they are still committed to making the new Hawthorne Avenue crossing happen, saying there was “a very clear commitment to the community” in the voter-approved transportation bond.

There also was other big news regarding the Core Area east of Highway 97, as a motion was approved at the end of the meeting to purchase retail property that could be redeveloped in coming years, possibly even help make a new City Hall happen, as discussed for many years. Here’s the news release announcing the deal:

At its meeting Wednesday, the City Council approved buying the 1.2-acre site at 705 NE 1st Street and 755 NE 1st Street for $3 million, subject to an appraisal and an 80-day due diligence period. The property is leased by the current owner to MCP Petroleum. MCP Petroleum will continue to lease the property from the City when the purchase closes.

The purchase of the property is an opportunistic public investment that could meet a variety of community needs, including but not limited to a possible future site for City Hall, affordable housing, a civic plaza or other public uses.

“This purchase is another exciting step toward the revitalization of the Core Area in Bend,” said Councilor Anthony Broadman. “The Central District will help connect our city and spur the kind of housing, community and smart development we need now and into the future.”

Here’s the Midtown Crossings presentation given to councilors: