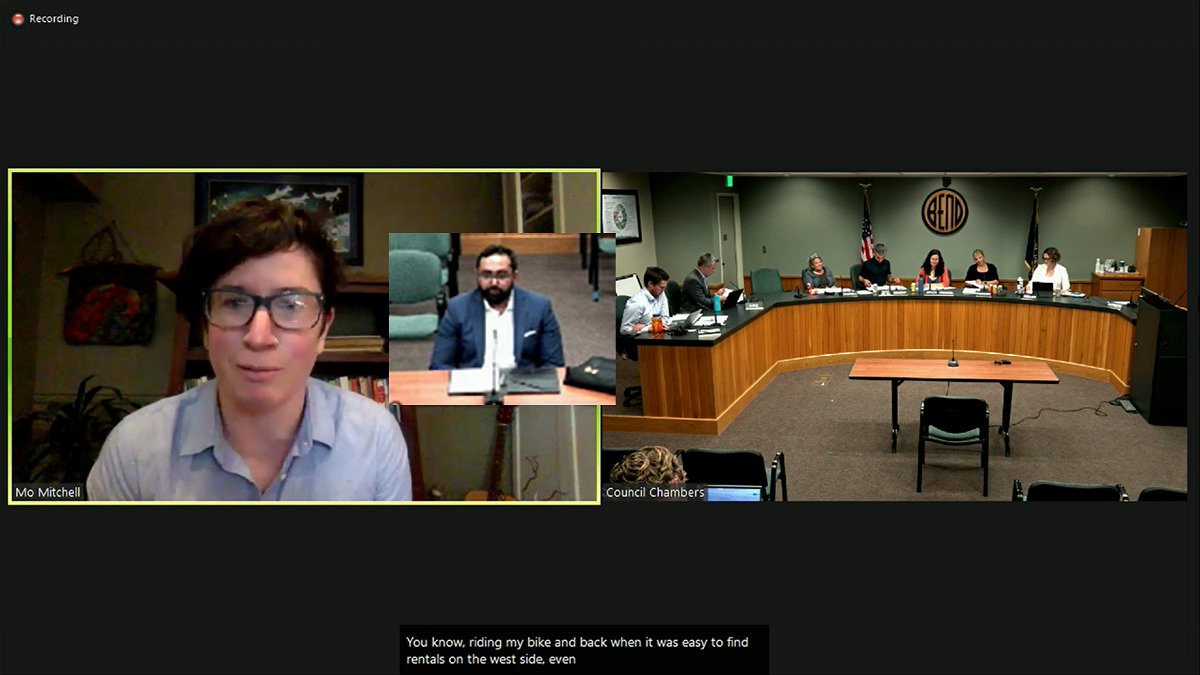 Both came on first ballots after interviewing 8 finalists

Sehgal, who has worked as a Victim Advocate for Deschutes County District Attorney’s Office since 2019, volunteers on the District Attorney Office’s Diversity Equity and Inclusion team and is a member of the City’s Human Right and Equity Commission.

To the question “Why are you interested in serving on the City Council?” Sehgal wrote: “I believe a City Council member should be a passionate advocate and representative of the public they are serving. They should be someone who has compassion, listening and communication skills, knowledge of the city, and understands the community as it is and has the commitment to helping grow Bend to what it can be. I am interested in this public servant position, as I believe I embody those skills and knowledge. I am interested because I want to give back to the city that gave so much to me.”

Sehgal said in his application that he does intend to run for election in November.

To answer the question why Mitchell is interested in serving, Mitchell wrote, “I am interested in serving on City Council because I want to create lasting systemic change. I align with the Council’s current goals and the power of equity at the center of its framework. Without equity, we continue to oppress members of our society – consciously or not. I want to be a part of a system that has a voice that values all people and the planet. I’d like to help the City of Bend make equitable changes in its way of service delivery, system change, and perspective.”

Mitchell said they could potentially consider running in November – “it depends.”

Following the resignations of former Mayor Sally Russell and former Councilor Rita Schenkelberg in May, councilors appointed Gena Goodman-Campbell, the previous mayor pro tem, as the new mayor, which vacated her council seat. The appointments filled Goodman-Campbell’s and Schenkelberg’s seat.

Both council seats will be on the ballot for the general election in November, at which time both need to be filled by election. The appointees Sehgal and Mitchell will serve on the Council until the newly elected Councilors take office on Jan. 4, 2023.

After controversy followed the appointment of Chris Piper a few years ago, the city council revised the process for filling vacancies – and it only took one ballot to fill each seat.

In Thursday night’s ranked-choice ballots, Sehgal was the top choice for Schenkelberg’s Position 4 seat by four of the five councilors, with Barb Campbell choosing Mitchell. Then, in the vote for the Position 5 seat formerly held by Goodman-Campbell, Mitchell was also chosen in by a majority of councilors in the first ballot, and the subsequent vote to make each appointment official was unanimous.

The two interim councilors may be sworn in Monday night, or it might happen at the council’s next regular meeting next Wednesday, which is the 30-day deadline laid out in the charter for the council to make its decision, or the positions would have remained vacant until the fall election.

The interviews and wide variety of backgrounds impressed councilors, as Goodman-Campbell called them “an amazing group of candidates.”

Some sitting councilors put a higher priority than others on choosing interim colleagues who would not seek to serve again, due to the Piper appointment controversy. Campbell said the appointment appears to give that person “essentially a head start in the election. I don’t think that’s fair, to kind of play the election in that way.”

As Sehgal noted, Piper — now running for mayor — lost his subsequent run for office, so it’s never a sure thing. But Broadman, who shared that concern, and others said the new process was improved – and Goodman-Campbell noted it’s a shorter time left to serve for the appointees.

Mitchell, who just turned 40 and has a wife and 2-year-old child, said they have worked for Deschutes County Behavioral Health, in large hospitals, “and I don’t mind conflict. I was raised in a home with a lot of love and yelling.”

“It’s the moment we’re in,” Mitchell said, of “systemic change. … It’s one thing to talk about it, it’s another to say, ‘Hey, I’ll put myself out there and see what happens.”

Sehgal said he was born and raised in Bend by a father from Ireland and mother from India, who owned the Plaza Motel (now the Wall Street Inn). Like the others being interviewed, his experiences are pretty wide, from serving as a bartender at McMenamin’s Old St. Francis School to a new position head-coaching seventh-grade football at Pilot Butte Middle School.

The 27-year-old said he’s young “very hungry to learn” and give back to the community – and like several others, including elected-office veterans Stiegler and Capell, Sehgal said he felt he could “hit the ground running.”

Sehgal also said he believes he can fit with some of Schenkelberg’s positions – another factor councilors weighed in the interim appointments – “I’m a renter on the east side of town, a brown man who grew up here.” But he also said, “I’m a team player. I knew how to fit in. I know how to talk to people. I think my strengths compliment y ’all’s strengths.”

You can find links to the applications by all eight finalists and the list of questions asked (initially in writing) in the agenda for Thursday night’s meeting.

For more information, section 21 of the Bend Charter and section 9 of the City Council Rules explain the requirements associated with the process to fill vacancies.

Three council seats and the position of mayor will be on the ballot for the November election. One of the council positions is for the remaining two years of a vacated seat (formerly Schenkelberg’s seat).

Individuals elected to a seat on the City Council will begin serving in January.

Bend residents interested in being elected in November to serve on the City Council can file completed petitions now through August 30. Candidates must reside within the city limits of Bend for no less than one year prior to taking office and be a registered voter. More information about the 2022 Council elections can be found here.

The Bend City Council is comprised of six council members and an elected Mayor. All are elected to four-year terms.