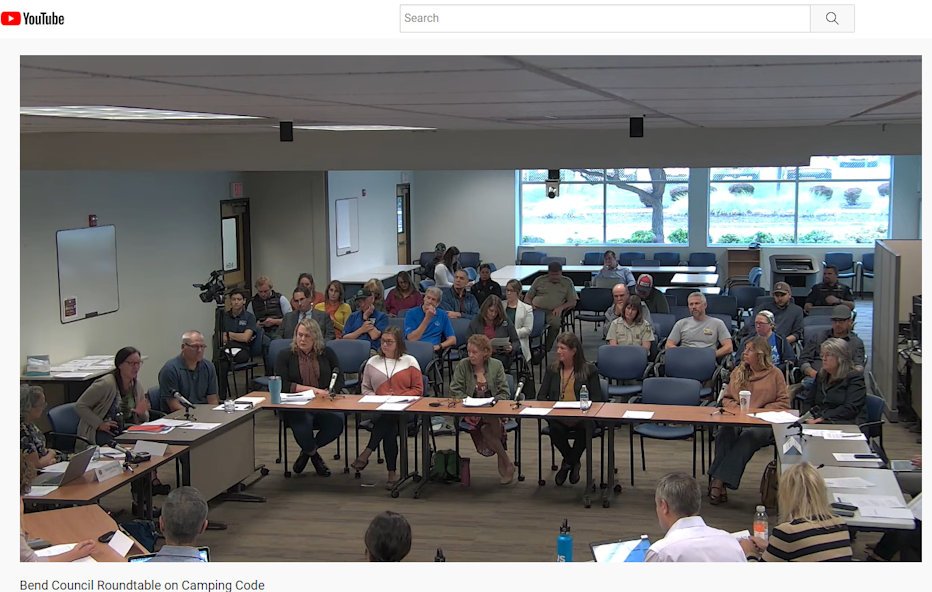 BEND, Ore. (KTVZ) — Next Wednesday evening, the Bend City Council will hold a public hearing and consider adopting a new Camping Code, which would regulate camping on city-owned property and city rights-of-way, like public streets, sidewalks and landscape strips.

Those interested in commenting on the proposed code should visit the agenda for the Nov. 16 Council meeting at bendoregon.gov/councilagenda for instructions on how to attend and provide comment. The agenda will be posted later Thursday, the city said in its announcement.

The Camping Code was developed in response to community concerns about camping along city streets and sidewalks and as part of a larger strategy to address houselessness that also includes increasing shelter beds in the community and supporting service providers that support individuals experiencing houselessness.

The Bend Municipal Code currently does not ban camping on public property or rights-of-way. The City of Bend developed the proposed code to help regulate city-owned property and rights-of-way to make them safer for everyone while also being consistent with federal court decisions and Oregon law.

“Council first started talking about the development of a code to regulate camping in public rights of way in June. The real work of providing solutions for our unhoused community members, though, has been underway for the past two years,” said Councilor Megan Perkins. “We’re rapidly approaching our two-year goal of adding 500 shelter beds. That critical piece of capacity building has allowed us to start talking about this code, which adds a regulatory tool to our overall houselessness response strategy.”

Learn more about what’s proposed in the Camping Code at bendoregon.gov/camping-code.

Snow showers to taper off Monday, but overnight cold will mean icy Tuesday

Snow showers to taper off Monday, but overnight cold will mean icy Tuesday